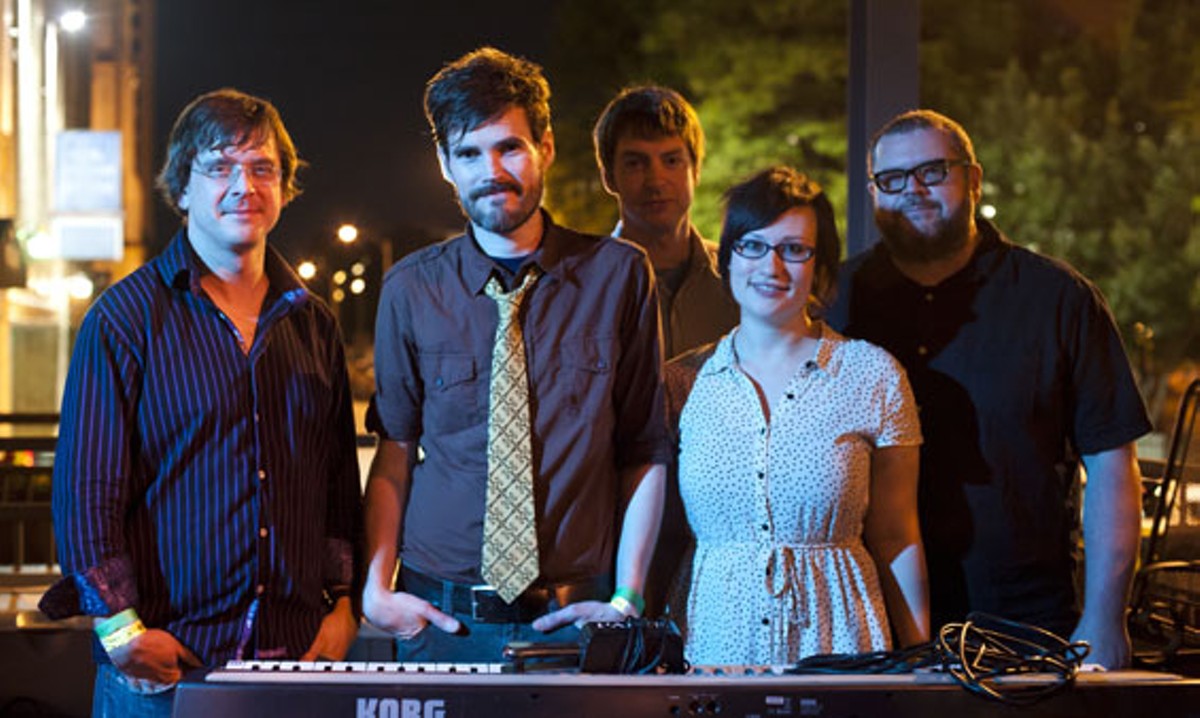 The nominating committee for the 2012 RFT Music Awards submitted some 700 different bands from the St. Louis area for consideration. We picked 125 finalists, and you voted to determine which 25 of those would win a trophy.

The top vote-getters are listed at right. And if you were a music fan looking for some new music to fall in love with, I feel confident you could find it among these 25. It's a worthy cross-section of a music community that is, by all accounts, enjoying a heyday.

Among this year's winners are veterans like Funky Butt Brass Band — the throwback sound of a boisterous riverfront we can only imagine — and DJ Needles, whose shelf is cluttered with these awards. Kim Massie, this year's R&B champion, put her legendary pipes to work on an album of original material for the first time earlier this year.

The "New Band" category (taken by the knotty pop up-and-comer Bear Hive) isn't the only place to find musicians on short-lived, sharply skyward trajectories. Metal winner Jack Buck has a seven-inch and not a whole lot else under its belt, but attendees of the band's recent shows will assure you it leaves an impression.

Still, the vast majority of this year's winners are bands in their prime: Sleepy Kitty — a firework of a duo — all-star punk squad Doom Town and melody expert Tight Pants Syndrome among them.

By mentioning those half-dozen by name I do not intend to single them out. All of this year's winners offer something memorable. If you were to methodically seek out shows featuring just these 25, you would explore far-flung corners of St. Louis and see performances ranging from surreal to exhilarating, touching to harrowing.

But you also would have missed countless equally excellent bands. One winner in each of 25 categories isn't even close to a survey of what's happening around here. In fact, 125 finalists is barely more than a start.

Canonization efforts like these awards function best as a discussion. The results aren't nearly as fun as the debates: The comments on blogs and dissections among friends over beer, the passionate arguments made by fans of this group or that. If we were to determine winners based strictly on the votes of the nominating committee, the two bands with the most resounding victories would be Magic City and Old Lights, neither one of which wound up winning its respective category. But that's straying a bit from the point, which is that music, especially in a community where it is being made by people you can actually see and talk to and get to know, isn't a contest. It is a deeply enriching world that offers invaluable human connections.

Congratulations to all of this year's RFT Music Awards winners, congratulations to the 125 finalists and eight Hall of Fame inductees, and thank you to all 4,000-plus people who voted. Between now and next year's nomination process there are nine months and way too many shows to count.
—Kiernan Maletsky

Immersion Studies
We came. We saw. We heard. We completely bombarded Washington Avenue. As any of the thousands in attendance will attest, the RFT Music Showcase was a blast. Perfect weather, great drinks and fantastic performances all around. The schedule read like a choose-your-own-adventure book. Attendees scribbled notes on the complimentary venue maps to optimize their showcase experience and then ran between spots in a manic game of Pac-Man.

The showcase coincides with the RFT Music Awards. This healthy competition always stirs up some tension, as it forces fans to choose between the acts in each category — and it's inherently unable to include every worthy act in the city. Attendees at the showcase were forced to make similarly tough decisions.

When 9:30 p.m. rolled around, for example, did you catch Dots Not Feathers, Bassamp & Dano, Spelling Bee or the Rats & People Motion Picture Orchestra? Did you show up early to catch soulful MC Nite Owl at 2 p.m. or save your energy for a searing 1:30 a.m. set by noise-rock wunderkinds Volcanoes, which promoted its late time slot with miniature flyers attached to the stems of Dum Dums that the band members carried inside a plastic pumpkin?

The overlaps had a positive effect in that they put people in front of acts they might not have seen otherwise. Lonesome Cowboy Ryan & His Dried-Up Teardrops certainly made some new fans as folks curiously poked their heads inside the Dubliner, the physical midway point between the Feed's set at The Over/Under Bar and Grill and Palace's performance at Copia Wine Garden.

More than 70 artists performed — bump that up to 80 if you itemize all the members of hip-hop collective the Force — and not one of them sucked. St. Louis will always have its share of naysayers, but this year's showcase was a slap in the face of those who write off our city's wealth of stellar musicians. —Ryan Wasoba