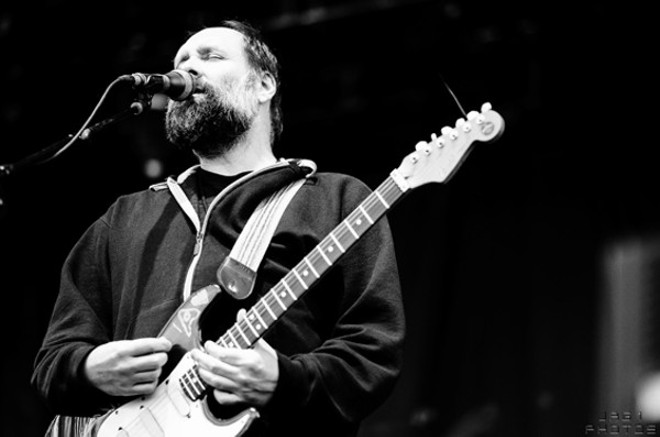 JESSY GONZALEZ/FLICKR
Built to Spill will perform at the Ready Room on Monday, July 8.
Each week we bring you our picks for the best shows of the next seven days! To submit your show for consideration, click here. All events subject to change; check with the venue for the most up-to-date information.

Americana Fest III
5 p.m. Saturday, July 6. Atomic Cowboy, 4140 Manchester Avenue. $15. 314-775-0775.
Like most genre tags, “Americana” is a slippery fish. Once used as a byword for non-commercial country music, it now stands in for all sorts of roots-based, folk-influenced American music. So it’s an uphill climb for Adam Donald, the local promoter of the Americana Festival, now in its third iteration, but this year’s lineup is predominantly Missouri-centric while staying stylistically broad. Columbia’s Hooten Hallers, featuring local baritone saxophone icon Kellie Everett, headlines alongside Nashville’s Andrew Leahey & the Homestead. From there, the variety of St. Louis is well represented with sets from Cree Rider, Native Sons, Tonina, Gene Jackson, AV & the Dirty Details, John Henry, the Dust Covers and Oak, Steel & Lightning.
Fest for the Rest: The festival grounds at Atomic Cowboy will also feature clothing, art and boutique vendors.
—Christian Schaeffer

Nikki Lane
8 p.m. Sunday, July 7. Off Broadway, 3509 Lemp Avenue. $22 to $35. 314-773-3363.
On rolling paper, Nikki Lane would seem to have all the necessary elements to be a major country star, but this isn’t 1974 — hell, it isn’t even 2004, when honky-tonk-friendly, class-conscious women like Gretchen Wilson and Terri Clark could move a million units. Country radio remains stuck in the Pleistocene, run by Neanderthals who wouldn’t push instant hits like Lane’s “Right Time” or “Jackpot” for all the payola you could cram into a Cadillac trunk. Lane just keeps on belting out shit-kicking anthems for women (and dudes) who’ve had enough and just want to rock and twang and cut loose without compromise or condescension. So roll another number for the road and the dance floor — Nikki Lane is the highway queen we all need right now.
Bonus Round: Joining Lane for this gig are fellow Nashville-based Americana songwriter Carl Anderson and St. Louis’ own Cara Louise, who may be the best hard-shell country singer in town. It’s a Sunday night, so pace yourself.
—Roy Kasten

Built to Spill
7 p.m. Monday, July 8. The Ready Room, 4195 Manchester Avenue. $30. 314-833-3929.
In the case of Built to Spill, your favorite album is probably the one you heard first. Credit the band’s remarkable consistency over the years, owing to bandleader Doug Martsch’s hard-won reputation as a bona fide guitar hero. Sure, Perfect From Now On, the group’s first on a major label, still gets the highest marks from critics. But critics don’t buy records on the scale of the masses, and the band’s follow-up, 1999’s Keep It Like a Secret — to be fair, also a critical darling — is the one that cemented Built to Spill’s status as indie-rock royalty. This tour celebrates the twentieth anniversary of that finely honed, dazzlingly composed record. Expect to hear new interpretations of those songs — Martsch is working with a wholly different lineup than those who helped write the record, and the band’s jammy tendencies lend to experimentation.
Center of the Universe: This show is an international affair, with Montreal’s Wetface and Rio de Janeiro’s ORUÃ opening.
—Daniel Hill