The 6 Best Place to Drown Your Sorrows in St. Louis 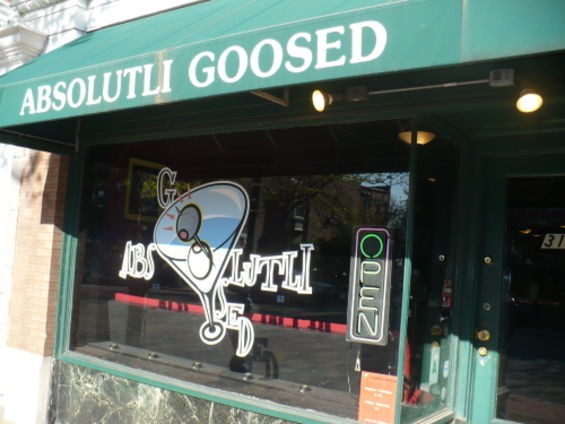 Work got you down? Or maybe you just saw your ex (you know, the one you really liked) walking around with a fitter, richer, better-looking version of yourself. Or maybe it's just one of those days. Whatever the reason for your salty demeanor, you just need to find a place to sit, drink and think.

While we can't be the ones to give your boss an earful or convince your ex to give it another shot, we have can provide a list of the best places around town drink away your worries. So sit down, pull up a stool and deal with your problems like a true St. Louisan: Find a dark, dingy bar and soak your misery in torrents of alcohol. Here are the best places to do just that.

Just because your life is falling apart doesn't mean your cocktail has to be a mess too. Why cry in your already-watery beer when you can take the express lane to oblivion with a couple of excellently mixed and very reasonably priced martinis? At Absolutli Goosed the glasses are chilled, the pours are generous and the bartenders are a friendly, brassy bunch who've probably heard their fair share of sob stories. While this isn't a dank hole in the wall, it is comfortingly dim and cozy, and yet as martini bars go, there's not a shred of pretension. That's good, because you don't want a bunch of people judging you for ordering that third martini, and as the bar's name clearly implies, no one here will.

There's just something about whiskey that's perfect for when you're down in the dumps. Luckily for those feeling less than effervescent, the Whiskey Ring on Cherokee has more than 100 to choose from, ranging from downhome bourbons and ryes to smoky Scotches, and even a couple of infused whiskies.

In addition to providing you with a plethora of ways to numb yourself to the pain of modern existence, the Whiskey Ring's dim lighting and dark wood decor -- along with the high, lonesome classic country sounds that pour from the bar's speakers -- make it a near-perfect place to wash away your worries.

A perennial favorite of those drinking away their woes, the Hideaway on Arsenal has been the Southwest Garden neighborhood's go-to place for a nightcap and a smoke since the mid-1950s. Upon entry, you'll be greeted with the sights of a shag-carpeted bar and maroon walls, and -- most nights -- the sounds of the inimitable Mark Dew singing and playing everything from jazz standards and country gold to the Top-40 hits of yesteryear.

If it's nostalgic comfort you're looking for, the Hideaway is unparalleled. The drinks are cheap, the bartenders are friendly and the smoke is thick -- so thick, in fact, that it provides the perfect excuse for why that tear's rolling down your cheek. But we know you wouldn't cry in public...right?

If your way of dealing with defeat has anything to do with bathroom graffiti, loud music or excessive drinking, then CBGB just might be the place for you. Another smoker-friendly destination, CBGB's hazy, dimly lit space will keep you as anonymous as you want to be while you sit at the bar and contemplate your failures.

The picnic tables out front are the perfect place to watch people pass and think about how much happier they are than you, but if moping isn't really your thing, you can take out your frustrations by playing on the old-school pinball machine or chucking a couple of darts at the well-worn dartboard. Regardless, CBGB's cheap, boozy drinks will waste no time beating your despair into submission.

Often touted as the Central West End's only true dive bar, Rosie's Place is delightfully incongruous with the neighborhood surrounding it. Walk past the well-dressed crowds at Wildflower, past Brasserie's valets, step across the street and into Rosie's -- a small, dark barroom lit by a few TVs and the light from an electronic jukebox.

Sidle up to the bar for a $1.50 bottle of Budweiser (there's no draft beer to be had at Rosie's) and bask in the glow of the television, or hole up in the corner and soak in the decidedly low-brow tunes available from the jukebox. Either way, Rosie's is the Central West End's best place to ruminate on the wretchedness of your existence.

If you want to sullenly sip your drink in peace, the Time Out on Meramec is the bar for you. Not to be confused with its livelier sister establishment near the intersection of Gravois and Chippewa, the Dutchtown Time Out is remarkably quiet for a self-described "Sports Bar & Grill." Patrons are friendly but reserved, making this place perfect if you just don't want to talk about it.

It's a sizeable room, so chances are good that you'll have some space to yourself, and a pair of tables out front form a modest patio where you can soak up the quaint neighborhood setting while you sip. Because sometimes when life sucks, you just need a little peace and quiet.