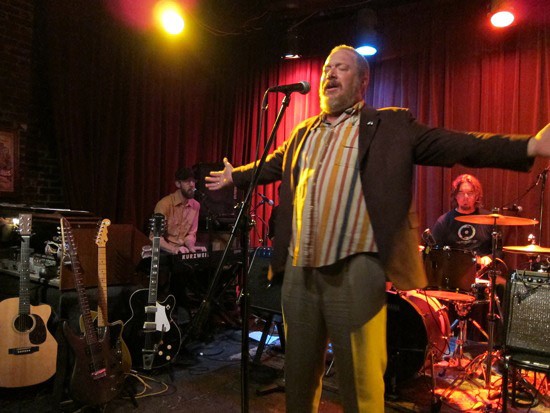 Editor's Note: The end of 2012 is upon us (also the end of the world, if you believe in that sort of thing), so we thought we'd put a cap on things by sharing some of our personal favorite shows, albums, events and general shenanigans. Join us as we indulge in some navel-gazing!

I'm a music writer staring down the barrel of my 50s, which means, by definition, I don't slutdrop, Gangnam trot and/or otherwise shake my lily-white ass.

But if I did, 2012 would have provided more than enough St. Louis rhythms to snap me out of my shoegaze.

This year witnessed the consolidation and expansion of a heady funk 'n' soul 'n' groove scene, anchored in no one club, led by no single band and still, astonishingly, without a label to underwrite its efforts.

The following makes no attempt to cover the totality of this vast landscape. Consider it the first, provisional draft of a road map (which you should feel free to amend in the comment section).

Throughout 2012, veteran groups Soul Alliance (featuring CocoSoul and Mo Egeston), the Dogtown Allstars and the Funky Butt Brass Band built their audiences and increased their profiles. The latter two did so with upscale gigs at Jazz at the Bistro, and the former with contributions to a number of excellent recordings, including Brothers Lazaroff and the forthcoming LP from Melody Den -- plus, drummer Grover Stewart also drives the groove of Superhero Killer, who released an aggressive EP in January.

Bassist for the Allstars, Andy Coco (full disclosure: a co-worker and friend of mine at 88.1 KDHX) has also been leading Hip Grease and the Rhythm Section Road Show, and taking the annual Funkfest into its seventh year in St. Louis. This past September the event jammed the Broadway Oyster Bar stage with the likes of Lamar Harris, Teddy Presberg's Resistance Organ Trio, Fresh Heir and Big Brother Thunder and the Master Blasters, one of the newest and hardest of all funk bands in town.