The Best Concerts in St. Louis From February 16 to 22

The Firebird celebrates its 6th anniversary as a venue with a stellar pair of shows -- Friday night sports pop-infused indie rock while Saturday brings the best in local metal (including a rare appearance by So Many Dynamos offshoot Thor Axe). The week kicks off strong with two hip-hop shows at the Demo while singer-songwriters like Christopher the Conquered and Robyn Hitchcock dominate the latter part of the week. Fans of shoegaze and punk rock will find a lot to love in Military Police, the new project from St. Louis ex-pat Mark Plant (formerly of Times Beach). 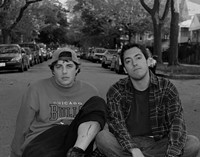 The Palmer Squares Monday, February 16 The Demo 8:30 p.m. | $10 By Tara Mahadevan From the RFT Music archives: Sometimes white boys can't rap, but the Palmer Squares deliver, with satirical raps and a silly demeanor reminiscent of the Beastie Boys or Macklemore. Acumental and Terminal Knowledge's lively, spirited delivery will be sure to get your head bobbing as they tell you that your mixtape sucks and about how they yakked on a Rosario Dawson look-alike's shoes. 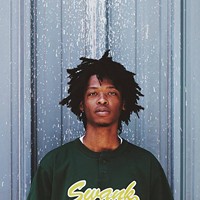 Ciej w/ Lst Mbrs, PhiLL Love, Bentley Hendrixx, DJ SayWord Tuesday, February 17 The Demo 9 p.m. | $5 By Tara Mahadevan This year has already been deemed a success for Ciej and his MME crew, though 2014 was pretty great for them too. Ciej and his cohort Rell hosted the second installation of Vibes at the Grand Arts Center, a night full of art and music where MME performed, as well as a slew of other rappers including Chicago's Alex Wiley. As a soloist, Ciej has released a fair amount of fire music, including the stellar "12 Women," which was included in our list of the 10 best St. Louis music videos of 2014. 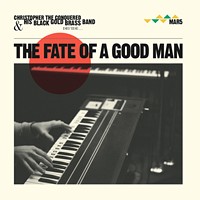 Christopher the Conquered w/ Googolplexia, Patrick Eagan Wednesday, February 18 Foam Coffee & Beer 8 p.m. | free By Jaime Lees As Christopher the Conquered, Chris Ford has a remarkable ability to silence any room as soon as he sings the first word. Ford's breathy and passionate vocal delivery make comparisons to Jeff Buckley unavoidable but not entirely accurate. Sure, Ford is young and handsome and sings hauntingly beautiful piano songs, but he eschews all of Buckley's wispy tragic-poet-posing and replaces it with strong, soulful confidence. Even in his lyrics, Ford's personal despair usually cycles into tentative, but sturdy, optimism. Christopher the Conquered will shoot you right in the heart, and then you'll pull yourself up off of the floor and thank him for his good aim.

Robyn Hitchcock w/ Emma Swift Thursday, February 19 Blueberry Hill 9 p.m. | $20/$22.50 By Roy Kasten On his latest studio release, The Man Upstairs, Robyn Hitchcock -- that artful old surrealist dodger -- shows he's still got it: "True love is wasted on you/Skeletons lounge in the zoo/Look at you, your lips have come apart/You need somebody to break your heart." Nothing makes sense and everything makes sense, especially affairs of the heart. For all his deliciously inscrutable wit, mercurial approach to acoustic arrangements (his punk days in the influential band the Soft Boys are long behind him) and weird covers, it's emotional mystery that Hitchcock is really after. Opener Emma Swift is an Australian ex-pat songwriter, singer and former radio host based in Nashville, where she's been digging deeper into the roots of the music she's long championed.