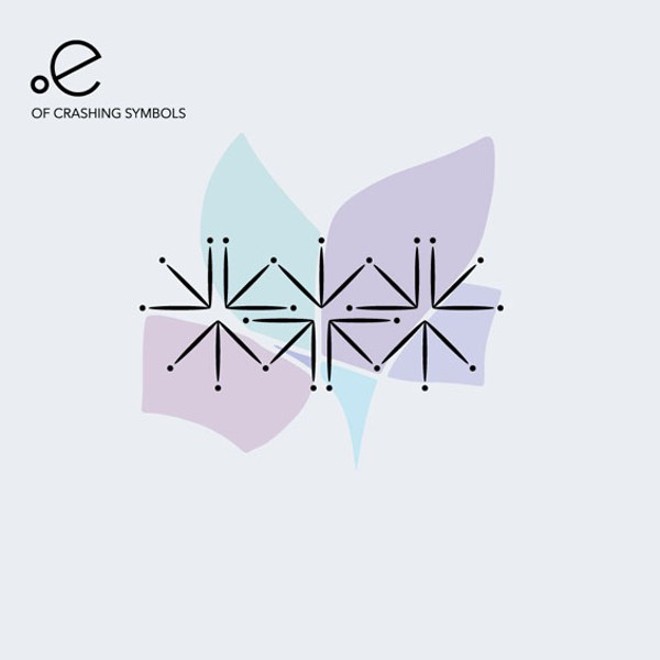 .e, Of Crashing Symbols
Dottie Georges has been performing solo sets as .e for some time, using her guitar to craft sonically rich mood music, but Of Crashing Symbols marks her recording debut. Because this is the first time listeners have had a chance to sit with a complete .e recording, Georges takes the opportunity to display her range in her typically subdued fashion. "A Way (to Float) Away," with its shambling structure, lightly chorused guitar and bouncy bass, could have fit on a C86 or Sarah Records comp. If kids still made early-summer mixtapes for their crushes, this would be a side-A centerpiece.

A few songs later, the insistent drum programming and sub-octave distortion of "Click" finds Georges at her most aggressive. Many of her works strike a balance between these two poles, recalling the British dreaminess of Lush while channeling the digital unease of EMA. When .e stretches into purely electronic territory, the music reflects a similarly overcast mood with a new palette of tones.

Hylidae, Intransitive
On this eight-track album, Hylidae – the solo project of synthesist and singer Jon Burkhart — doesn't hide its dance-floor pretensions but skips right for the pleasure center. "Eulogy" mixes darkwave dub with nearly Caribbean textures for a wobbly, increasingly unhinged track. Some of that unease creeps into "NTHE," the album's longest song and its centerpiece, as a simple drum-machine pattern intensifies amid ominously pitched synths. As the patterns lock into a grid, falsetto — buried under delay and placed deep in the mix as to make his words obsolete — gives the track the feel of a yearning, utterly sincere Hot Chip offering. It's moments like these where Hylidae shows Burkhart's devotion to a certain retro strand of synth-and-sequencer dance-pop, but his sense of classicism is always paired with real-time manipulation and experimental strains.

Indiana Rome, Dope Dealer 2
If earlier albums found Indiana Rome inhabiting his mantle with top-dog braggadocio, the St. Louis-by-way-of-Indiana rapper's first cut "Dollar Short" opens the album with all the sweat and shortcomings that go into his hustle. It's a thoughtful, soulful rumination on struggle and regret that's given wings by a soaring saxophone lines, one of many groove-based tracks that helps give Dope Dealer 2 its largely silken feel. (Though, naturally, "Master P" pays tribute to the No Limit soldiers in both lyric and attack.)

Long-time collaborator Vega Heartbreak drops in for the AutoTuned, synth-funk slow jam "Rolling" and punctuates the hard-hitting "Woah Woah," a track that gives Rome enough grist to unleash his most fleet-footed, self-assured verses. Those two songs represent the extremes of the palette this time around, though most ride on smooth soul samples or center on loverboy hooks. 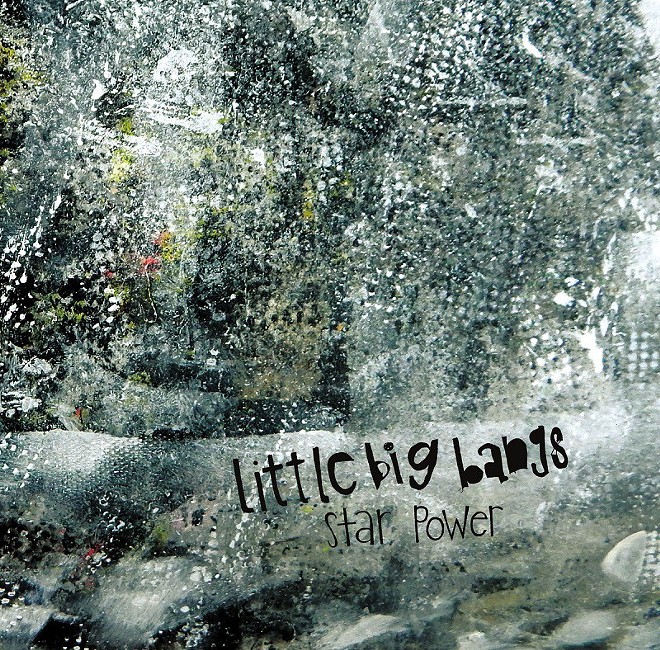 Little Big Bangs, Star Power
The whiplash from genre-hopping, even within songs, makes it hard to pigeonhole this relatively young but admirably prolific punk band, but that's probably by design. It speaks to Little Big Bangs' method of ripping it up and starting again that the rangy, squalling album closer "Aftermath" dissolves in the band's most gentle moment to date, a fadeout colored by tender drums, plaintive electric piano and piled-on vocals. This coda is as unexpected as it is affecting as the three singers coo and harmonize over a pretty good summation of the punk M.O.: "Fuck their world/we're all we've got." Like Sonic Youth's quieter excursions, the album's final moments serve as a foil to the noise that precedes it, a recasting of the same message with a distinctly different energy.

So Many Dynamos, Safe with Sound
You can't call So Many Dynamos' newest LP Safe With Sound a comeback album, even if it is the band's first full-length in six years. In St. Louis, at least, the group never really went away.

That the band has embraced its funkier, more rhythmically driven side isn't news to those who have caught a show around town over the past few years. But the collision of Cameo synths and Gap Band horn charts, particularly on "Matter of Fact," is an odd bit of zeitgeist-goosing for a track written and recorded more than two years ago (and well before Mark Ronson and Bruno Mars had to chip off a chunk of that "Uptown Funk" songwriting credit to their '70s and '80s R&B forebears). The shock of recognition doesn't stop the song from being a standout here, and an emblem of the band's maturing sound.

Tef Poe, War Machine III
War Machine III can't be divorced from the last twelve months of unrest, protests and hard conversations, specifically in St. Louis but with increasingly national resonance. Unpacking the composition of the album's cover art gives more than a few clues: weed and Hennessy, books on Martin, Malcolm and Tupac, a Guy Fawkes mask covering up the Holy Bible. Oh, and a pump shotgun resting across the rapper, activist and Ferguson native's lap. This is the third iteration of Tef Poe's War Machine series and a reminder that this is not a new struggle for the rapper; the difference is that the stakes have never felt higher.

It's clear from the album's first few songs — from the fury of "F.A.M.E. (Fuck All My Enemies)" to the self-actualization of "Prince" — that Tef (an occasional RFT contributor) is not interested in half-measures or mealy mouthed debates. It's ride or die all the way through.