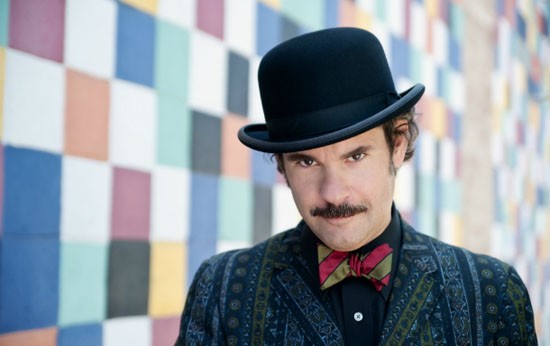 This month is all about the DIY. National and touring headliners are coming to a slow halt in preparation for festival season as well as their own spring and summer tours, so we rely on the locals to keep the jokes coming. That being said, one of the greatest humorists, comedians and writers is heading to town (or at least close) and you're definitely not going to want to miss it.

A woman of the screen and stage, Carly Aquilino has a weekend at the Valley Park Funny Bone all to herself. You may recognize her from MTV's Girl Code or simply by her bright and wildly colored hair. Offering a perspective and voice purely her own, she'll tell you to go to hell and leave a smile on your face while doing so. Carly's influences include, sass, Dad and a flippant attitude.

Whether you're alone on Valentine's Day or simply looking for something to do, search no further than the Catalogue Podcast. Hosted by Joshua Evans and Christopher Melton, the Catalog is a monthly podcast featuring sketch comedy, storytelling and yes, music.For this event they're taking a step out of the online realm into real time and real life multimedia with a live and very loving production at the Heavy Anchor.

On the standup side, Catalog welcomes Justin Luke and Milly Naeger, both of whom just accepted to the Crom Comedy Festival in Omaha, Nebraska, as well as Stryker Spurlock, the man behind Contraceptive Comedy. Improv teams Boothby and Bed and Breakfast are also slated to perform, and the musical stylings of Dream Fox will close the show. 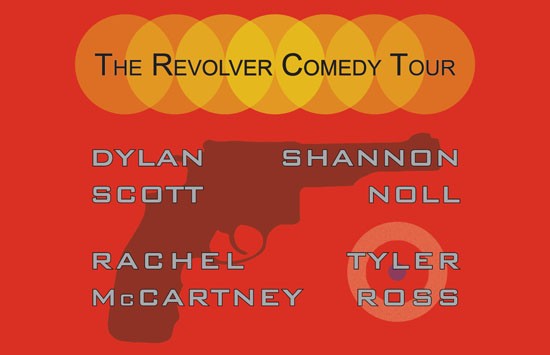 The Revolver Comedy Tour features Tyler Ross, Shannon Noll, Dylan Scott and Rachel McCartney -- a band of comics out of Chicago on a DIY trek across the Midwest. The three are no strangers to club, theater and festival work; a coffee shop that doubles as one of the more dynamic performance spaces in the city should be nothing less than an ideal setting for this pack. Each comic brings their individual heresy and gusto to the table, offering a one-of-a-kind and rapid-fire show.