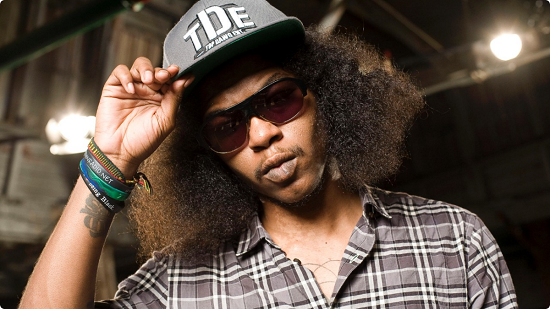 St. Louis has a fair amount of hip-hop concerts this September to ease your end-of-summer woes. Catch a whiff of the underground with Inspectah Deck and a benefit for Mike Brown, or catch a little mainstream action with the coveted Die Antwoord and Ab-Soul. From the local to the lesser known and downright wavey and weird, these are the best St. Louis hip-hop shows of September.

Though a member of the famed Wu-Tang Clan, Inspectah Deck has remained one of the lesser-known rappers of the group: He never reached the solo stardom of his Wu-Tang cohorts, like Raekwon, RZA or GZA, but he's always proved that he can spit some mean rhymes -- don't forget his opening verse on Wu-Tang's classic single "Protect Ya Neck." Inspectah Deck was dormant for awhile, but last year released the collaboration album Czarface with Boston hip-hop duo 7L & Esoteric, which was met with favorable reviews.

O'Fallon rapper Uno Joven has put together a lineup of Midwest musicians and rappers to honor the memory of Michael Brown that includes Ruka Puff, the FuFops, Aurellius the Saint, KD Assassin, Cash Reap, Uno Joven, Repatallion, T Prince, the Moonmen, Fellin, Feelmore Slim, Cold Kase, Cue, John Boi, Lmnop and Jenny Marie. All proceeds will go to the family of Michael Brown -- a minimum of a $5 donation is accepted at the door, but please donate more if you can and are willing.