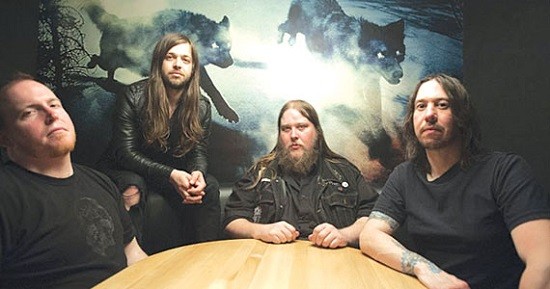 Looking for a good place to see flashy and exciting music played at high volume, have your mind blown by dark and powerful sounds, or just stomp around like a drunken goon with your shirt off? Then a heavy metal concert might be just the place for you. Each month I'll be offering my top picks of the upcoming metal shows in town that I think shouldn't be missed. And I'll try really hard not to make fun of the ones I think should be avoided like responsibility on the fourth of July.

See Also: - The Ten Most Metal Deaths of Metal Musicians - The Top Ten Ways to Piss Off Your Bartender

Portland, Oregon's Lord Dying are the most recent addition to the legendary Relapse Records roster with a debut album hitting stores on the ninth of this month. The band has only previewed two tracks from the forthcoming Summon the Faithless so far, but they're two that show promise, filled with Baroness-esque (say that four times fast) riff-rock mixed with a dark aggression reminiscent of more recent Celtic Frost and Triptykon.