The Lamb of God and Dethklok Tour Has Been Canceled 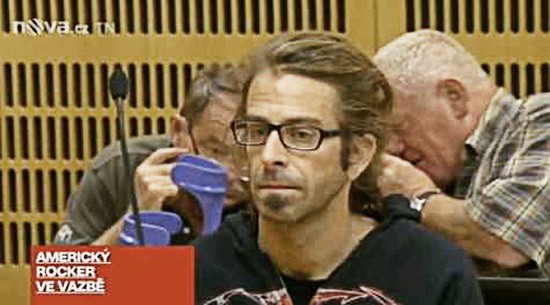 Dethklok and Lamb of God, with support from Gojira, were supposed to make a stop at the Family Arena on August 15. It's a bill we've been excited about since it was first announced and was probably the marquee metal show of the summer. Unfortunately, the entire tour has just been cancelled because Lamb of God's front man, Randy Blythe, is being held in Czech Republic jail on manslaughter charges.

The story's quite a bit murkier than it might seem, however. The charges stem from a May 2010 show in Prague, when 19-year-old Daniel Nosek rushed the stage three times and was thrown off. He hit his head, went into a coma and died a few weeks later. The investigation started some time after that and, according to Blythe's attorney, the U.S. Department of Justice refused the Czech's request that they take part in it. When Blythe landed in Prague for unrelated reasons on June 27, he didn't know about the charges and was immediately taken into custody. He's been in Pankrac Prison ever since.

Obviously, the main concern is for Blythe and ensuring the situation is resolved in a reasonable way. But representatives for the upcoming tour had been quiet, hoping the matter would be resolved in time. Those hopes were dashed yesterday when Blythe was denied bail by the judge.

According to the statement, the bands hope to reschedule the tour for this fall pending his release. You can read it in full below.

Due to the continued incarceration of LAMB OF GOD singer Randy Blythe in the Czech Republic, the band's co-headline tour with Dethklok scheduled to begin August 1st in Seattle is being cancelled. The band regrets the decision but the uncertainty of Randy's release makes it impossible to carry on with the tour. Upon Randy's release, it is the band's intention to rebook a tour in the fall and at this time the band fully intends to participate in the Mayhem Cruise in December.

LAMB OF GOD wishes to thank Dethklok, Adult Swim and Gojira for their support and patience as well as all of the promoters who had dates on the tour. Last but certainly not least, the band thanks all of the fans who bought tickets for the tour and who have been supportive of Randy and the band over the last month that Randy has been held in Prague. Without the fans, there is no LAMB OF GOD.