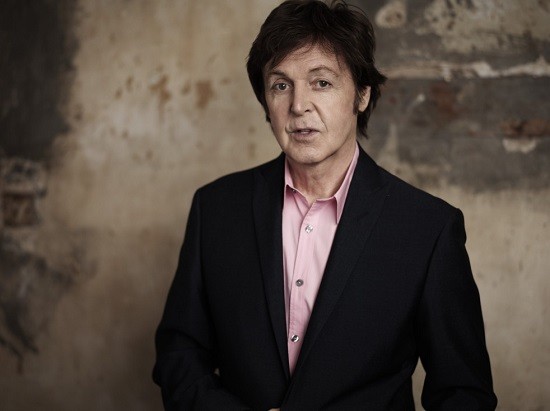 Paul McCartney Mary McCartney/MPL Communications Ltd.
Which Beatles song do you think made the list? Read on to find out.

On Saturday, December 14, Off Broadway will host "The 12 Bassists of Christmas," a holiday spectacular presented by Bruiser Queen and featuring Sleepy Kitty and Middle Class Fashion. Notably, there's only one bassist -- MCF's Brian McClelland -- between all three lineups. BQ's Morgan Nusbaum started on bass, but has since switched to guitar. On Saturday, however, at least eleven additional bass players will appear onstage, including members of Bunnygrunt, Town Cars, Syna So Pro, Pretty Little Empire, Burrowss, Fire Dog and more.

This got us thinking about the bass' role in the typical band lineup. Let's face it: Bass players don't always get much credit. It's often assumed that either no one else wanted to play bass, or that the bassist wasn't talented enough to make it on guitar. True, it's not hard to learn the root notes. However, an imaginative and innovative bass player can transform a song by picking out subtle melody lines, coming up with hooks and adding extra rhythmic heft (the "thud stuff," in Mike Watt's words). More than just a member of the "rhythm section," a solid bassist is a secret weapon.

Therefore, we figured it was time to paraphrase James Brown and give the bassists some. Keeping in line with the twelve-day format, we've chosen to recognize a dozen of our favorite bass lines and the players behind them. Obviously we've left out a lot of bassists and bass lines in the process. Feel free to add your favorites in the comments section. 1) Theme from Barney Miller Bassist: Chuck Berghofer

Forget the Seinfeld theme and its obnoxious finger-popping. This is the iconic television bass line. Ominous and noirish, it's perfect for a show about a 1970s New York City police precinct.

Along with Pere Ubu's Tony Maimone and Siouxie and the Banshees' Steve Severin, Hooky pioneered the post-punk idea of bass as lead instrument. In "She's Lost Control," the bass virtually carries the melody for the entire first verse. Bernard Sumner's distant, violent guitar slashes only begin in the chorus.

A hit in its own right, Edwards' "Good Times" bass riff essentially invented hip-hop. The Sugarhill Gang used a re-recorded version as the backing track for "Rapper's Delight," the first rap track to gain any traction outside of the New York City and the Northeast. Later, Grandmaster Flash repurposed it for "The Adventures of Grandmaster Flash on The Wheels of Steel," one of the first recorded demonstrations of scratching and mixing.

If "Good Times" typified the throw-your-hands-in-the-air abandon of early rap, Grandmaster and Melle Mel's "White Lines" expanded the idea of rap as social commentary. For "White Lines," Sugarhill appropriated the bassline from New Jersey art-funk band Liquid Liquid's "Cavern." Both the bass line and the slightly rewritten chorus (the original "slip in and out of phenomena" becoming "something like a phenomenon") have become hip-hop memes.