The Most Unintentionally Funny Songs Ever 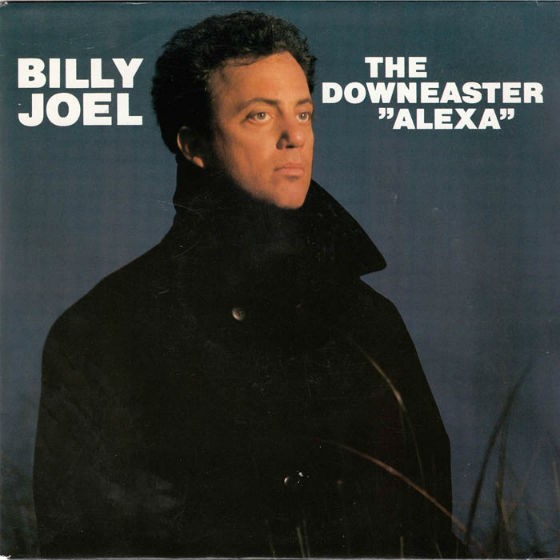 Trying to figure out the most unintentionally funny songs of all time is no easy task, mostly because that category happens to include all music ever made now. (LOL @ music.) But that didn't stop me from trying. To aid me in my pursuit of the most haplessly accidental musical laugh tracks, I enlisted the aid of some of my favorite funny people on Twitter. Here are the results.

"Down With the Sickness" by Disturbed

I think I'll have to go with Disturbed's "Down With the Sickness," which is the only song I know of where I have to evaluate everyone's health in the room before I can press play. "Does anyone have a debilitating illness? Or their family? Wait, did anyone just recover from something, because maybe then it's kind of inspirational? Oh wait, Ted's an amputee. Is a missing foot a sickness? Hell with it, Ted makes more money than all of us and he has a desk job. OK, yeah, I'm putting this song on, but it's more of a fuck-you to Ted now. I hope the ooor-ah-ah-ah sound knocks off his other foot."

About a year ago I was particularly entranced by the video and began live-streaming myself watching it one evening as many successive times as I could. I honestly thought I'd go to sunrise at least, another nine hours away, but the monotony started getting its hooks in, and I decided to ultimately cap it watching the video 69 times. A whole lot of folks tuned in to watch my mood deteriorate as I drunkenly yelled at the screen. I suppose the absurdity of a cranky man watching this bad video all night long for no reason was a good enough hook, and we got through it after about six hours. Might do a 666-watch soon and go for what would undoubtedly be some kind of world record. I'd need better beer for that, though.

"The Downeaster 'Alexa'" by Billy Joel

"Space Oddity" at sea here starts off funny right from the title with the briny colloquialism of the term "downeaster," on to the fact that the name of the boat itself is in its own set quotes, so you know it's an important boat. Also the song is about a boat.

Almost anything related to Billy Joel is funny on its face, but picturing him driving around at sea, as in the persona he assumes in the song, probably all shit-faced and with discarded bottles of wine rolling back and forth across the bow is like a Russian nesting doll of Billy Joels within Billy Joels.

The lyrics here are just such an obvious attempt at really digging in deep and telling the story of the beleaguered working man in such a specifically literal, and obvious way; it's basically just a laundry list of things that are true about boats. You will in no way be surprised to know that Joel actually owns a boat named Alexa (also his daughter's name) and that he once got arrested in a protest trying to aid the brave, honorable seamen of Long Island in their noble pursuit of fishy, existentialist gloom. The song went all the way to No. 57 on the Billboard charts, by the way, which is somehow the funniest thing about the whole mess, aside from him playing the world's most earnest accordion take in the video.

Mostly this song is so hilarious because it's actually really, really sad, and if, like life in general, I didn't think of it as a big fucking joke, I'd want to kill myself.

"Around the World" by Red Hot Chili Peppers

In my opinion, Red Hot Chili Peppers' "Around the World" is the funniest song. The Peppers took a break from their usual routine of singing about just California to tell us about the rest of the globe. They do so with a series of place-name doggerel verses all on par with "My name is Kiedis and I'm here to say/Another place is Montego Bay."

The song can be summed up as: There are lots of places on earth, all of them have chicks there, I'm gonna marry one.

The music video is also a treat.

Kiedis tells us he's rompin' and a-stompin' cause he's in his prime, but he has a serious case of old-man torso. Everyone in the band is shirtless, and Flea has a skirt on for some reason.

Kiedis does robot karate chops throughout the video when he's not making out with a neon ghost chick (at 0:55, 1:06, 1:34). This goes beyond heavy petting, too. He's got some finger and tongue action going on with the silhouette of a babe someone painted in post-production.

But the best thing about this song happens at 2:44. Kiedis didn't have any rhymes prepared for China so they get a shout out in the form of "Ding dang dong dong deng deng dong doing ding dang."

All in all, the Peppers crew have cobbled together an excellent tribute to everywhere.