The Sinkhole, Soon to Open in Carondelet, Aims to Be a Hub for St. Louis' DIY Scene 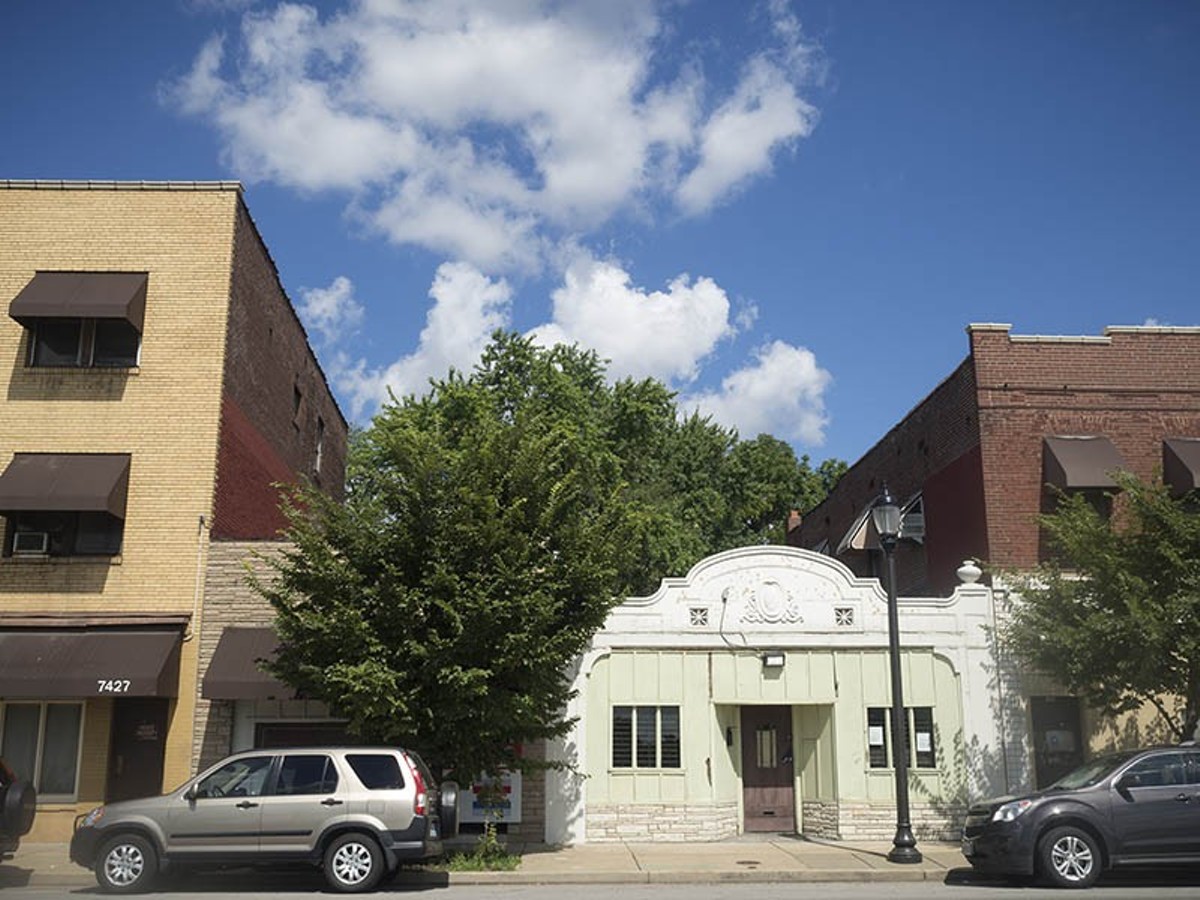 Matt Stuttler, one of the main bookers at Foam, is launching a new venue in Carondelet with Mitch Kirkwood. PHOTO BY AUSTIN ROBERTS

Filled with dust, rubble and scrap from a recent build-out, the building at 7423 South Broadway still leaves much to the imagination. Yet by October, the 1,200-square-foot space in Carondelet will come to life as the Sinkhole, a bar-meets-recording studio, with live music as its point of focus.

"I always wanted to open a venue eventually, but I didn't think it would happen this early in life," says Matt Stuttler.

One of the main bookers at Foam on Cherokee Street, Stuttler moonlights as the rambling bandleader for Shitstorm, a garage-rock outfit that spends roughly a quarter of the year on the road. While on tour last September, he and Mitch Kirkwood of Big Blonde had many drunken talks about a pie-in-the-sky venue idea.

"We wanted to open a spot that was pretty much only focused on doing shows and music, as opposed to a place that's open as a coffee house or bar or restaurant," Kirkwood says. "We wanted to particularly cater to the DIY booking scene, and then we started having ideas about a recording studio."

The single-story building is owned by Kirkwood's former employer, furniture designer Richard Higby. Recent renovations include a newly installed bar built from recycled materials and a fully outfitted recording studio, to be operated by Ben Hinn of Mound Sound. The venue side holds approximately 150 people, making this a mid-sized concert space for the Carondelet neighborhood.

"An issue that we have experienced while playing in bands is that affordable, quality recording in a studio isn't readily available," Stuttler says. "We're going to try and provide that for bands for cheap."

Hinn will move his operation from the basement under GoMusicStL on Delmar Boulevard to the Sinkhole, where the studio will be available during daytime hours. The modern, soundproof facility is located directly behind the stage, making for unique possibilities in regards to live concert recording and podcasts.

While the venue is still awaiting its liquor license, the bar will serve as a supplement to the music rather than the main attraction, offering only cans, bottles and rail drinks during live events.

"[The bar] is not slick or modern. The walls will be painted black," Kirkwood says of the divey vibe. "We'll have an open call to decorate it. Everybody in the music scene can drop off some weird crap or trash or whatever. And we'll make it look like a big sinkhole of stuff."

At the time of this writing, no stage is in the works. The co-founders prefer the vibe of a smaller speakeasy or basement space, with showgoers at eye level with the performers. Stuttler describes the room as "a place with character, where a little spilled beer isn't such a big deal."

"There are a lot of cool spaces in St. Louis, but none particularly catered to the kind of DIY booking that I feel like the majority of my experience has been in," he adds. "Everything we book there is going to be something that I'm personally invested in through the people that I'm working with, or it's going to be the music that I want to help cultivate and help expose St. Louis to on a larger scale."

With a median age of 27, the three co-founders hope to avoid common pitfalls through their experience as musicians.

Stuttler has attended a concert almost every night for the last five years. In addition to his work as a guitarist, singer and songwriter, he has worked as booker and promoter for the Heavy Anchor, Plush, Firebird, Ready Room and, currently, Foam.

"To be able to make a final call on something you have to own it. You have to be running the space," Stuttler says. And fans of his booking practices on Cherokee Street need not worry, as Stuttler plans to operate events at Foam and the Sinkhole concurrently, at least for the first few months.

"I get a lot of booking requests for dates that could work [at Foam] but I have other shows," he explains. "Having the flexibility to have another space so I can simultaneously put two non-competing shows on the same night would be nice. I haven't been able to find another spot in town that's cooperative enough to do that with, so we have to build one."

Stuttler, Kirkwood and Hinn still have a lot of work to do in the weeks ahead, but the trio plans to announce a fall season of concerts in the very near future.

"The stars aligned perfectly for this venue to happen," Kirkwood says. "It's going to be like a clubhouse for the music scene." 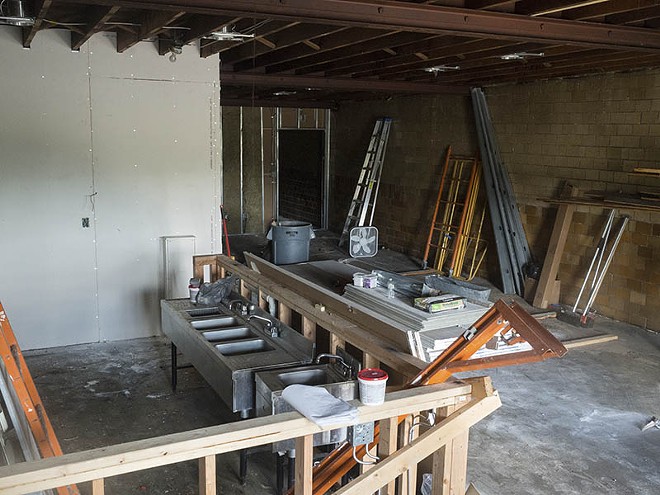 PHOTO BY AUSTIN ROBERTS
The space is still under construction.