The Six Most Self-Aware Songs 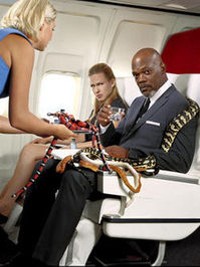 Interesting things happen when a song realizes it is a song. Forms collapse, listeners become part of the writing process, and a track's guts become its skin. Here are the six most self-aware songs. Let us know what your favorites are, because we all know self-awareness is a common trait among those who comment on blogs.

6. Sara Bareilles - "Love Song" Underneath its glazed-over production (God, that snare drum...), "Love Song" is one of the deepest recent top forty radio hits. Sara Bareilles wrote the tune out of spite for critics and other industry insiders. She sings "I'm not gonna write you a love song" to all those who suggested she crank out conventional girl-boy fare, while she remains vague enough elsewhere for listeners to assume she's dealing with relationship drama. "Love Song" is poised to be Bareilles' most successful track, which must be especially satisfying for her since it has such a middle-finger undertone.

5. Elton John - "Your Song" Elton John is aiming for sweetness in "Your Song," singing to his muse "You can tell everybody this is your song" after a string of compliments. What makes "Your Song" more self-aware than a tune like Jim Croce's "I'll Have To Say I Love You In A Song" is its self-consciousness. Elton John sings "I hope you don't mind" in the chorus, but if he truly cared he would have checked with her before releasing the song. Think about how embarrassed she would have been if she did mind. Note: I use "she" because Elton John did not officially come fully out of the closet until 1988, even though his wardrobe came out for him as far back as 1973.

4. "Weird Al" Yankovic - "Smells Like NIrvana" Parodies are inherently referential, as they only exist in the wake of another song's existence. When "Weird" Al poked fun at Nirvana, he generally played the mock-up by the joke book. But the third verse becomes strangely transcendent: "I forgot the next verse / Oh well, I guess it pays to rehearse / The lyric sheet's so hard to find / What are the words, oh nevermind." Al is ribbing Cobain's diction while also teasing the overall grunge aesthetic and laughing off the old-folks mentality that lyrics must be completely comprehensible - all while pretending to be Cobain, yet also fully knowledgeable that he is in fact "Weird" Al. I've seen onions and Neapolitan ice creams with fewer layers.