The Six Worst Hybrids Of Country Music and Rap 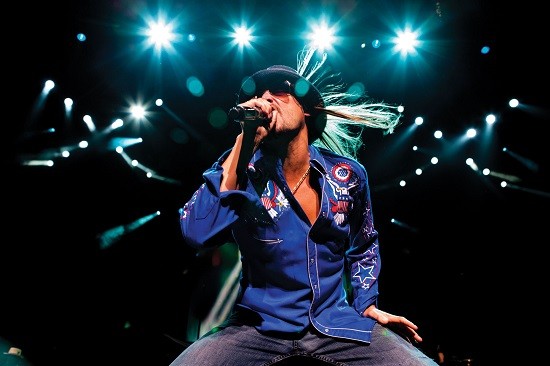 Press Photo
Why yes, Mr. Rock is on this list.

There is absolutely nothing wrong with cross-genre collaboration. Anything that widens an artist or listener's musical scope is encouraged. Rap and country, as disparate as they can seem, can coexist peacefully within a single track (ie. most of Odelay). But when it's bad, good God almighty it's bad. Here are the six worst hybrids of country music and rap.

The concept of "Accidental Racist" is noble; unfortunately its well-meaning lyrics further the stereotypes they aims to combat. More importantly, it is just a terrible, terrible song. The crawling tempo gives too much time for contemplation over Brad Paisley's attempts to be clever, and the novelty is worn by the time LL Cool J says "If you don't judge my do-rag / I won't judge your red flag."

Former future Haitian president Wyclef Jean retooled "The Gambler" on his 2000 album The Eclectic. Impressively, Jean got Kenny Rogers to actually sing on the track and change some of his lyrics: "You got to count your dubplates before you touch that turntable." Wyclef Jean did not technically lift Rogers' track from a previous recording, but this is still a premium case of sampling gone bad. Of particular cringeworthy note is Wyclef's "Ghetto! Ghetto! Ghetto!" ad-lib, one of his best since "One time, one time."