The Smashing Pumpkins at the Chaifetz Arena, 10/18/12: Notes, Photos and Setlist 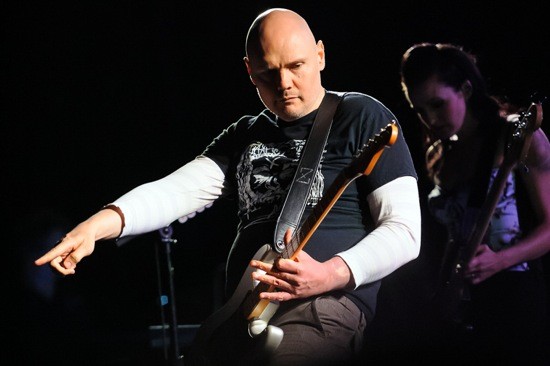 Thematically, the Smashing Pumpkins is a very predictable band. For those familiar with its imagery and history, thoughts of the band conjure up visions of moons and stars and other celestial entities. But last night, Billy Corgan had a lot of love to give to St. Louis. Literally.

Corgan sang the word "love" at least 57 times at the Chaifetz Arena yesterday, and 15 of those uses were in the word "lover." ("Lover" is the weird, awkward cousin of plain ol' love. Who really says "lover," anyway? That's just a word out of old novels. Now we say things like "bang buddy.")

Lyrics of love and loss and loneliness are common to the point of cliché in pop music, but no other modern songwriter focuses so much on love, and is so brazen with usage of the word.

Notes from the show:

- The show was so undersold that people who had bough the cheaper tickets were automatically upgraded to a better/closer section. All of the second tier reservations were moved down to the first tier. (Whatever the reasons, that's a pretty cool gift to fans from Chaifetz management, no?)

- Opener Anberlin was okay. The music wasn't terrible, kind of like a crappier Chevelle. Every band member was trying very hard, but the people just would not move or dance. Straight up: Anberlin is from Florida and sounds like it.

- The Pumpkins set was separated into two sections. First off, the band played every song (in order) from its latest album, Oceania. After a short break the show was continued with older songs, most of them off of the 1995 hit album Mellon Collie and the Infinite Sadness. The fans seemed to love the whole show, including all of the new songs. 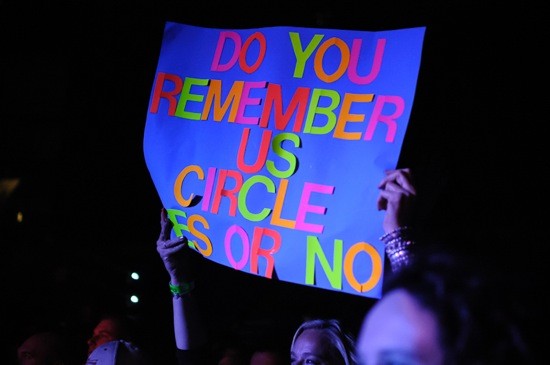 - The audience was pretty much split into two groups: the below age 30 crew who were too young to actually experience grunge or the alternative era in any meaningful way, and the older folks who were drunk and trying to reclaim their youth. And white people. Lots and lots of white people.

- During a brief break to chat with the crowd, Billy Pumpkin blamed the poor attendance at the show on the current Cardinals baseball playoffs, then followed that with a statement about how he's a life-long Cubs fan (boos from the crowd) but that since his team was out he would root for St. Louis. (Half-hearted clapping.) And he tried to make some timely Albert Pujols jokes, but made the mistake of not being sarcastic enough when referring to Pujols as his "friend." (More boos.) Hmmm. Well, it was sweet that he tried.

- Honestly, I'm a grunge baby, but I don't think I've ever listened to the Smashing Pumpkins on purpose in my life. Still, that doesn't mean that I don't know all of the music. The band had many songs that were massively popular and I've seen that swirl box in many houses, and it's always been played liberally. In any case, you don't have to be a super fan to appreciate the quality of the Smashing Pumpkins' show. The big sound and brighter lights are awe-inducing and the band plays for long enough to satisfy even the biggest fan. A professional production all around.

A setlist, including all 57 lyrical references to love, is on the next page.