The Ten Best Shows in St. Louis This Weekend: August 23 to 25 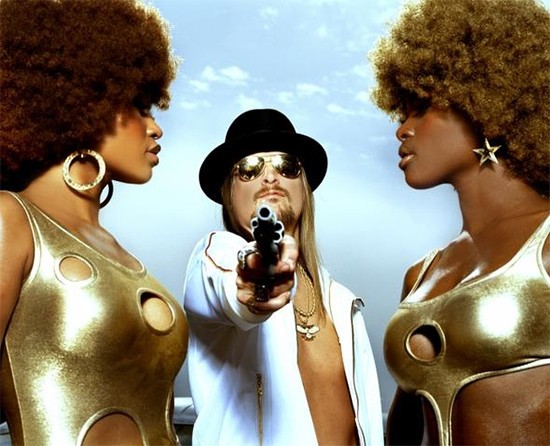 Long-time editor-in-chief Tom Finkel currently wraps up his last week at Riverfront Times, so here's a Kid Rock send-off. Yeah, why not? OK, but seriously, let's all pay our respects by watching Bob Schneider's new music video. Tom will soon be overseeing the Village Voice's music blog, Sound of the City (along with the rest of it), and it's a whole 'nother world over there. The RFT office just won't be the same without the sounds of Bob Dylan spilling into the hallway practically every day. We wish the best to you, Tom! This weekend's list of recommendations include everything from thrash and hip-hop to bluegrass and indie-pop. Read on for our picks.