The Ten Best Shows In St. Louis This Weekend: August 31 to September 2 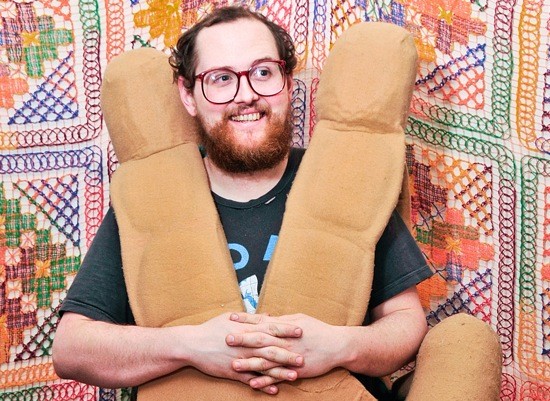 Apparently some dude named Isaac is coming to town this weekend and he's expected to raise all sorts of hell all over the place, causing for the unexpected implementation of emergency plans for two big festivals. The Del Yeah! festival at Old Rock House has cancelled its outdoor acts and expanded the indoor show; the Big Muddy Blues Fest will go on with all the acts planned but the bands will be playing in various venues throughout the landing rather than outdoors. We're not sure who this "Isaac" guy thinks he is, but we think he's a dick.

Speaking of outdoors, KSHE's Pig Roast is this weekend, with Boston and Kansas headlining. It is not listed here (KSHE's seen plenty of promotion already compared to some of our picks below) but we just wondered, do they actually roast pigs at that thing, or is it just a reference to the station's mascot? Either way, Off Broadway is having their own roast on Sunday, and the pig will be in attendance -- along with Old Lights, Bob Reuter's Alley Ghost, and Hobo Knife. The rest of our picks follow.

Tok @ Lemmons w/ Soma 8:00 p.m. | $5 Consider this the "Wayback Weekend" pick this week. Both Tok and Soma play rock of the "alt" variety that would have played very well on the radio in the mid-90s, back when the radio was still worth listening to. (DH)

Del Yeah! Bluegrass Festival @ Old Rock House w/ The Infamous Stringdusters, Emmitt-Nershi Band, Mountain Sprout 6:00 p.m. | $20 The show goes on, thanks to some lineup reconfiguration and a postponement of the outdoor portion of the festival. The good news is that the nighttime lineup has been expanded and should still be more than worth the venture into the rain. (KM)

Carrion Decay @ Lemp Neighborhood Arts Center w/ The Ultraviolents, Anodes 8:00 p.m. | $5 Austin's Carrion Decay plays d-beat style hardcore punk. Its grimy and dark and tight as fuck, and the Lemp Arts Center is still one of the better spots in town to see this kind of show. Anodes opens, and rules as well. (DH)

Lil Wyte @ Fubar 8:00 p.m. | $15 Lil Wyte got an unexpected publicity boost this week when it was reported that he was arrested in Tennessee on DUI charges, but the rumor was proven to be false. The lightning-quick southern rapper didn't hesitate to plug his latest CD Still Doubted in an official statement, quipping "Thanks for the promo." (DH)