The Ten Best Shows in St. Louis This Weekend: February 21 to 23 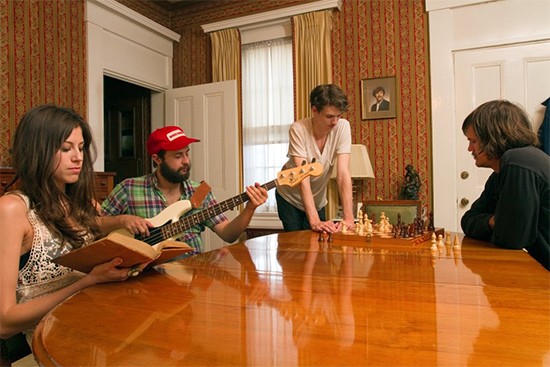 Welcome to the weekend! Barenaked Ladies kick off Mardi Gras this Sunday during Soulard's annual Beggin' Pet Parade. Can they outshine the stage set by Kevin Bacon Band? Only time will tell. Our list of must-see goings-ons includes Garagefest at the Heavy Anchor, Speakers in Code's 4th Anniversary shindig at Plush and Brothers Lazaroff meets Elizabeth McQueen's latest collaboration at the Demo. Take your pick. There's plenty to get out and see.

Also on Friday, consider checking out Tristen at the Firebird, the Third Annual J Dilla Tribute Concert at the Gramophone and Syna So Pro's album release at the Schlafly Tap Room. Just click on the links to read more on each show from our team of music critics.