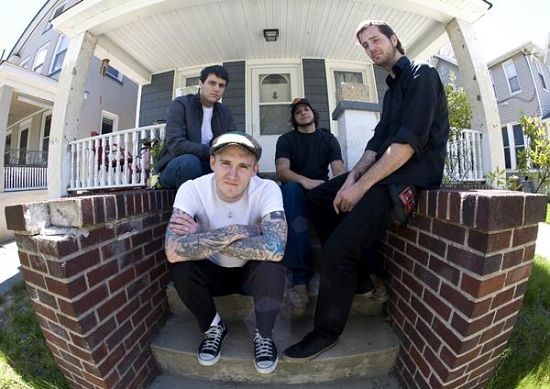 The Gaslight Anthem - Friday @ the Firebird

This weekend would have been the hundredth birthday of Woody Guthrie, if he'd only lived that long. To celebrate, both Plush and Off Broadway are hosting tributes -- Plush's is on Friday night and Off Broadway's is on Saturday. It was good thinking on the part of these two venues to put their shows on different nights, rather than to attempt to split the crowd -- kudos. In any case, Saturday is the official date. Scrawl a threat on an acoustic guitar in the man's honor.

Fiona Apple is this weekend as well; catch her show Saturday night at the Peabody. Also on Saturday is Pink Floyd tribute act El Monstero, at Verizon Wireless Amphitheater. The outdoor venue affords the group another opportunity to fly in a helicopter before "Another Brick in the Wall" if they should so choose, so watch out for that. The rest of our picks follow.

Bockman @ Off Broadway w/ Spectator 9:00 p.m. | $8-$11 Bockman is back, working on a new indie-pop album after a four-year break. Spectator is releasing their brand-new six song EP at this show as well; make sure to pick up a copy. (DH)

The Gaslight Anthem @ The Firebird 8:00 p.m. | $20 Hopped up on Springsteen (we're required by law to make that reference, people) and rolling into town with a sellout already assured, the Gaslight Anthem promise a night of sweat, beer and endless possibility. (KM)

El Monstero @ Verizon Wireless Amphitheater 7:00 p.m. | $17-$68 The biggest stage show in town arrives for the first time at the biggest dedicated concert space in the area -- we have no idea how they'll top last year's inaugural outdoor run. (KM)