The Ten Best Shows in St. Louis This Weekend: March 22 to 24 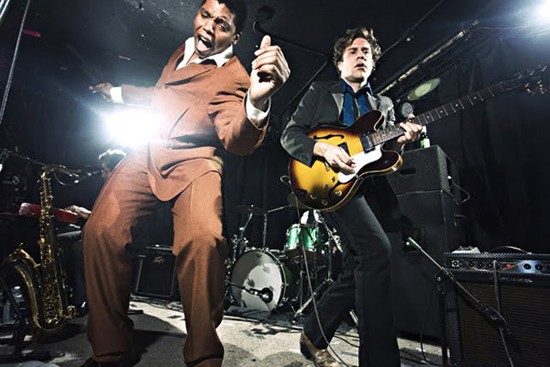 JC Brooks and the Uptown Sound - Sunday, Mar. 24 @ Off Broadway

Bunnygrunt turns 20 this weekend! Not many bands live long enough to celebrate two decades, so be sure to prepare some spankings. Besides that, there's of other bands to see in a wide variety of shape and size. Read on for our recommendations.

Break Anchor w/ The Humanoids, The Winchester, Breakmouth Annie @ Fubar 9:30 p.m. | $10-$12 See the lead singer of the Suicide Machines' new band and snatch up the vinyl version of The Humanoids' self-titled EP. (MS)

Chris Knight w/ Cody Canada, Evan Felker @ Off Broadway 9 p.m. | $20-$30 Fans of Texas-style songwriting will find a lot to enjoy at this show. Kentucky native Chris Knight has even been named and "honorary Texan." (DH)

née w/ King James and the Killer Bee @ The Firebird 9:30 p.m. | $8 Welcome née back from their adventures at SXSW during this homecoming show.(MS)

JC Brooks and the Uptown Sound @ Off Broadway 8 p.m. | $10-$15 Post-punk and soul are two terms that rarely intertwine. See how it adds up and get a glimpse of that fine afro pompadour. (MS)