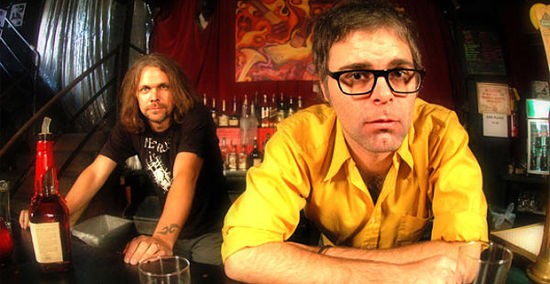 [Update: Tonight's appearance by Mighty Diamonds at 2720 Cherokee has been cancelled. In its stead, Zion & The Lion Roots Band will perform two sets tonight; the cover is only $7.]

This weekend is a good one: Bluesweek is bigger than ever, Big Muddy Records is hosting a Chili Cook-off (!), and apparently the 90's are back, based on the Red Hot Chili Peppers, Snoop Dogg, and Local H shows on Friday night (and despite St. Louis' recent loss of 100.3 Gen X Radio).

Speaking of Snoop Dogg, maybe if you hold your breath long enough he'll show up to Saturday's Devin the Dude show at Firebird and lay down a verse of 1998's "Fuck You". One can dream, right? The rest of our picks follow.

Red Hot Chili Peppers @ Scottrade Center 7:00 p.m. | $59.50 Even after all these years, the Red Hot Chili Peppers have still got it. Their newest album, I'm With You, earned them a Grammy nomination and at present the group is in the middle of a multi-year-long fifteen leg world tour. (DH)

Snoop Dogg @ Pop's Nightclub 7:00 p.m. | $30-$35 Snoop Dogg, at a disproportionately small Pop's, surrounded by strip clubs? If he manages to make it in the door past all of those east side eye-candy distractions, this show is sure to be one for the history books. (DH)

Local H @ The Firebird 8:30 p.m. | $12-$14 Ok, so you know the song "Bound for the Floor", but did you know that Local H is still going strong? This tour is in preparation for the upcoming release of their newest album, Hallelujah! I'm a Bum; their last album was met with sweeping critical acclaim. (DH)