The Ten Best Shows In St. Louis This Weekend: May 4 to 6 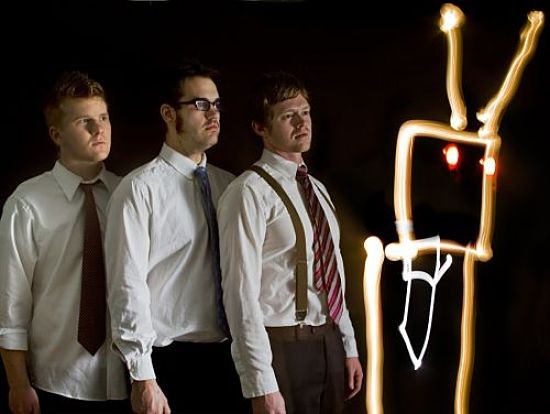 This weekend is Cinco de Mayo, which for all of you non Spanish-speaking types translates literally to "The Five of Mayo". What this cryptic phrase actually means is unclear, as is the origin of the association between Mexico and mayonnaise, but for some reason it seems to happen every year on the fifth of May and we end up drinking a lot of tequila because of it. Whatever, any excuse to party. While partying this weekend, we recommend you check out one of the great shows in town -- our picks are below, with *NEW* brief explanations as to why we thought they were notable. Check it out, and let us know what you're up to this weekend in the comments.

*And before you get all uppity, yeah, I know what "Cinco de Mayo" is. Esta un broma por gracia solemente.

Andre Williams @ Off Broadway 8:00 p.m. | $10 Andre Williams laid some groundwork for hip-hop half a century ago and his wit and soul haven't ebbed much in the interim. Go for the screening of Agile, Mobile, Hostile: A Year With Andre Williams, stay because it's Andre Fucking Williams. (KM)

Clutch @ Pop's Nightclub 6:30 p.m. | $26 to $28 Formed in 1990, Clutch has been playing its brand of hard rock for three decades and nine full lengths now, forming a rabid cult following and repeatedly touching the edges of mainstream success. (DH)

Tef Poe War Machine 2 Listening Party @ The Gramophone 9:00 p.m. | $5 Perhaps the most critical voice in St. Louis hip-hop, Tef Poe has been working on the follow-up to his breakthrough War Machine for a long damn time. It's here and everyone from the longtime fans to XXL is taking notice. (KM)

Plies @ Ambassador 6:00 p.m. | $30 to $60 Fort Meyers' goon-affiliated (or maybe not, really) rapper Plies has made guest appearances on tracks with a veritable who's who list of performers in the last few years, including Usher, Gucci Mane, Young Jeezy and many more. (DH)