The Ten Best Things To Do This Weekend in St. Louis: March 18 to 20 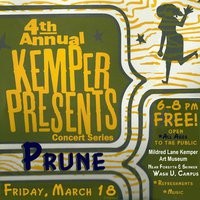 Still hungover from yesterday? You're probably not the only one. You must rally, however, as there's a ton going on this weekend, from the Southern Graphics Council International Conference to all of the music events we talk about on the RFT's main music page. Ten other good bets are below. Enjoy!

Friday: Rats & People Motion Picture Orchestra @ 3011 Cherokee The R&OMPO will be premiering scores to three Buster Keaton mini-shorts. 21-plus only. All details, including price, at Facebook event

Deal's Gone Bad @ Firebird The Chicago group, known for its reggae/ska/rock hybrid, will kick the weekend off right. With The Goodtime Engineers. 8:30 p.m. $10.