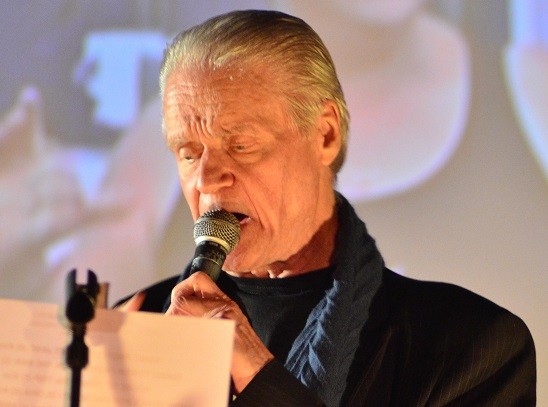 Last week, Kim Fowley -- perhaps the most notorious, morally ambiguous, calculatedly outrageous, oddly likable producer/hustler in music history -- passed away after a long illness. Appropriately enough, the Internet has since exploded with Fowley tributes. If all he had done was write "Bubblegum" (made famous by Sonic Youth), produce the Modern Lovers' early demos and help put together the Runaways, that alone would represent a life worthy of tribute. But Fowley made thousands of recordings over his half-century career, and many have been forgotten.

For example, there was the brief moment in 1985 when Fowley worked with Texas singer/songwriter Daniel Johnston, even financing his first studio recordings.

By 1985, Johnston was already a familiar face around Austin. It had been about two years since he burst onto the scene with his self-released Hi, How Are You? cassette. Thanks to a growing pile of press clippings and an appearance on MTV's The Cutting Edge -- all but stealing the show with the fragile "I Live My Broken Dreams" -- he was slowly gaining a national profile. At the same time, he was still working at McDonald's and giving out tapes with Quarter Pounders. At some point, although the timeline is unclear, Fowley approached Johnston.

"Kim Fowley was fascinated by Daniel and wanted to hear what he sounded like in a real recording studio," said Jeff Tartakov, Johnston's first manager. "I've read that he was looking for a novelty act in the mid-1980s, and I think that's how he viewed Daniel."

Up until this point, Johnston recorded all of his songs with a cheap boombox and whatever instruments were available, including chord organ, piano and out-of-tune guitar. On Fowley's request, Johnston entered a local studio with members of the Texas Instruments, a fine local band in its own right, and cut a set of songs. Although Fowley paid for the sessions, he only dropped by the studio once, Tartakov said.

The resulting album, Continued Story, was a step forward in both songwriting and production. The Texas Instruments provided sympathetic accompaniment on about half the songs, including the rocking "Girls" and the country-western "Ain't No Woman Gonna Make A George Jones Out Of Me." Several tracks, including "It's Over," "Casper The Friendly Ghost," and "Funeral Home," remain among his best-loved material. There's wit, heartbreak, experimentation, despair, advice, wisdom and occasional wrong notes.

When Fowley heard the Continued Story recordings, he was reportedly disappointed. He considered the songs "unfinished," Tartakov recalled. Oh, and he also wanted Johnston to sign a contract giving Fowley ownership of the masters, 50 percent of the publishing and co-writer credit.

Johnston refused the deal outright. "One of my first duties as his manager was to obtain ownership of the recordings on Daniel's behalf," Tartakov said. "When he said no [to Fowley's offer], Fowley started yelling and told him he'd be flipping burgers at McDonald's for the rest of his life." Johnston ended up releasing Continued Story as a cassette on his own Stress label. Homestead Records reissued it a few years later.

Fowley has rarely, if ever, spoken of this era, and Johnston's name does not appear on kimfowley.net. It may be that Fowley saw Daniel Johnston as the new Wild Man Fischer: a naïve, mentally ill primitivist who could be marketed as an outsider artist. If that was indeed the case, it's understandable why this ultimate image-maker soured on Johnston. A comic-book fan, amateur filmmaker and Beatlemaniac since childhood, Johnston had been cultivating his public image for years before anyone heard his music. By 1985, he had developed a very specific aesthetic that did not lend itself well to manipulation. More importantly, while Johnston's mental illness was an ongoing concern at the time, it was by no means his main attraction.

In any event, both parties ended up exactly where they were meant to be. Fowley kept working up to his death, moving on to new bands and even writing his autobiography (Lord of Garbage). Meanwhile, Johnston did end up hanging up his McDonald's uniform to record numerous albums, tour the world, and make a solid living from his artwork. Continued Story is the only memento of the brief time these two eccentrics spent together.