The Walkmen: At Plush on June 28 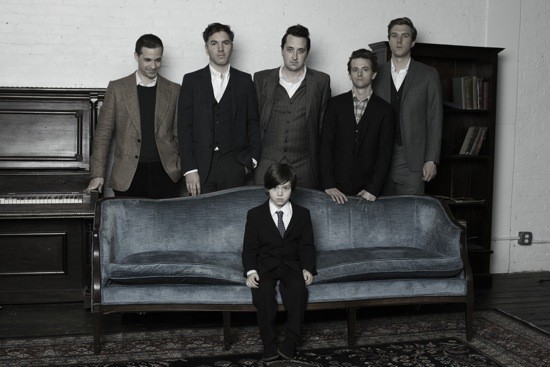 Near the top of the list of our favorite current rock bands is the Walkmen. A decade-plus into a career of kinetic music that would make an excellent soundtrack for some sort of epic Guy Ritchie movie set in New York, the band will release its seventh album, Heaven on June 5. And shortly thereafter, the Walkmen will come to St. Louis: Plush (3224 Locust Street, 314-535-2686) on June 28, specifically. Tickets are $16 in advance or $18 day of show.

The Walkmen has never taken itself too seriously, even in its relatively standoffish early years. In 2006, the band recorded a track-by-track remake of the Harry Nilsson/John Lennon oddity Pussycats. To celebrate the completion of the Heaven recording sessions earlier this year, the band posted a U2 medley producer Phil Ek had surreptitiously recorded. Here's the post from the official Walkmen blog:

Hi everyone. Our album is finally done and we're thrilled with it. We can't wait to get it out there.

To celebrate the huge amount of hard work that went into it, we're sharing this embarrassing recording of a spontaneous outburst of frustration that occurred during the very rigorous sessions. It's our way of blowing off steam I guess. Please forgive us. Producer Phil Ek recorded it on the sly actually.

None of us really remembered it until the last day of mixing when Phil-who by that point had also lost his mind-sat down and patiently mixed it. Enjoy.