There is an Epic Outdoor Generator Show Impending, The Likes of Which We Allegedly Aren't Supposed to Tell You 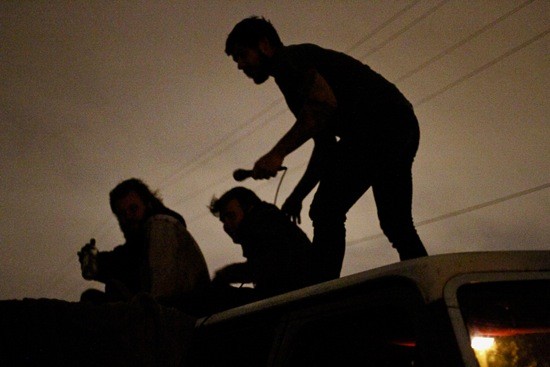 Punks and DIY types get touchy about widespread press for their DIY spots, especially from the RFT. I've heard talk of the "RFT Curse" for years; the idea is that as soon as we write about an underground, off-the-radar, kickass DIY spot, one might as well start a timer and start placing bets about when said spot will be busted by police. In the past there was the Slaughterhouse, the 2 Keys House, Cranky Yellow and others, and right now we got....ha, you didn't think I was really going to list 'em did you? Puh-leeze.

I personally put little stock in this so-called curse. It is instead my contention that DIY spots are taken down by angry neighbors and rowdy patrons, and that the solution to the problem involves equal parts respect for the neighborhood as well as the liberal distribution of knuckle sandwiches for troublemakers. I contend further that police have way better things to do, especially in St. Louis, than to try and bust up a basement show in which 40 kids or so are slam-dancing. ACAB and all that, sure, but don't you think it's just a little narcissistic to think we're under that much scrutiny for our silly little punk bands? There's plenty of real crimes in this town for them to worry about.

That said, we bend to the will of the people, so DIY spots and shows do not see the pages of the RFT or this blog under our watch. That is, of course, until today.

The DIY punk, hardcore and metal scenes have always existed underground and off-the-radar in St. Louis, operating out of basement venues and VFW halls throughout town and rarely-if-ever striving for mainstream attention. While necessary to conduct business properly, an unfortunate side-effect of the approach is that within a few years of disbanding great musical acts are often seemingly erased from the public consciousness. This could have to do with the fact that there is no "retirement plan" for aging punks -- indeed, the genre is perpetually populated by kids in the 18- to 24-year-old demographic -- or perhaps more to do with the intentionally underground middle-finger-to-the-public-at-large attitude with which the music carries itself. In any case, I've always found this posthumous descent into obscurity to be a shame, and my aim with this weekly blog is to shed some (discreet) light on the actions of the current local scene as well as to document some of the notable bands from our city's past.

The scene some anticipate this Friday.

Early this year I wrote about a show that occurred last November. This show was unique in that it occurred outdoors, within a van, powered by a generator. "Ask a Punk" was in full effect for this show, and promotion was sparse, whereas attendance was not.

And it was fun -- really fun. So much so, in fact, that it is happening again -- but without the van this time, whose engine finally gave out. This Friday, July 27, six bands will play St. Louis' riverside, powered by a generator. No Class and Dark Ages, both hailing from Kansas City, Miami Dolphins from Minneapolis, and St. Louis' Who Fucking Cares?, Doom Town and Totally Gay Cop are the names and 6 p.m. is kickoff time. 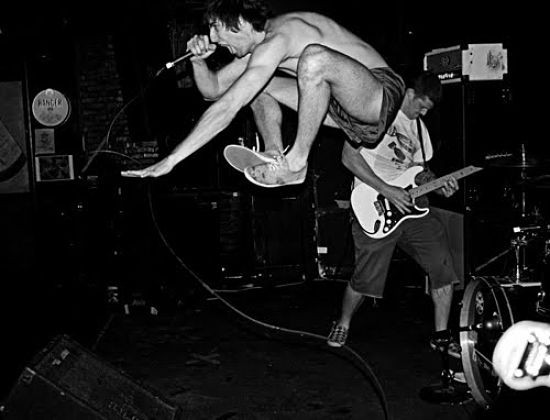 I was separately approached by both the promoter of this event and the owner of the generator and asked to write something to bring attention to the show. This flies in the face of DIY convention, and I suspect this article will draw the ire of purists, but really, far less is at stake here than would be for a regular house show. I mean, they can't shut down the Mississippi riverside, right?

If you were at the last generator show, you won't have trouble finding the place, as it is in the same spot. For the rest of you, here's the Facebook event page, complete with directions. Maybe we can get some closure out of this: If there happen to be any police officers reading along, please tell everyone at the show, while you are breaking it up, that it was the fault of the RFT, just so we are crystal clear on that. And to everyone else, if the show is NOT broken up, maybe you can relax a little about this so-called curse, eh?