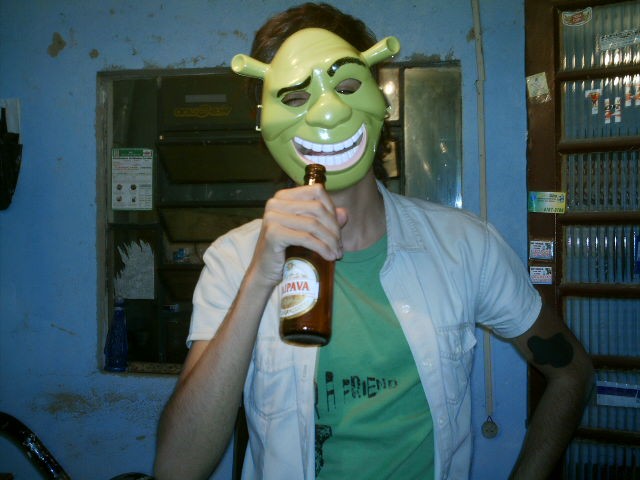 
The world is a wonderfully weird place and we have proof: A Shrek-themed rave is going to happen in St. Louis on December 10 at Red Flag (3040 Locust Street, RedFlagSTL.com). Yes, that Shrek.

These touring parties have been all the rage in bigger cities lately and the hot new thing has finally trickled down to the Midwest.

What’s the point of a Shrek rave? Well, you just go and have a good time. The whole party is Shrek-themed but wearing a costume is optional. Dress like Shrek if you want. Or dress like Fiona if you want. Or paint yourself green if you’re feeling it. Or don’t dress up at all. Nobody cares, everybody is just there to have some fun.

Why Shrek? Well, why not? Some… BODY once told us he was very popular.

If swamps and ogres aren't your thing, another touring dance party is coming to St. Louis on the exact same night. A Dolly Parton-themed disco dance party will be at Delmar Hall and they're promising an event where you can get down to music from "Dolly Parton, Kacey Musgraves, Orville Peck, Shania Twain, Miley Cyrus, Cher, Whitney Houston, The Chicks, Madonna, Tina Turner, Sheryl Crow and more."

So which one will you choose? Do you want to be an All Star with ETix or do you want to be an Island in the Stream with Ticketmaster? Look deep within yourself to decide. When you close your eyes do you see horns or rhinestones? Either way, you can't go wrong.