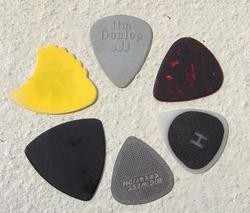 The Ladue News -- the high-society glossy chronicling the upper crust in the St. Louis area -- has a weekly legal column called The Legal Corner. Each week, the column discusses matters such as computer privacy and insurance, and the legal nuances of dealing with them. Last week, however, the Legal Corner tackled an issue of great concern: high school bands.

Yes, the time-honored tradition of being young, bored and needing a creative outlet for your angst is apparently not quite as innocent as you might think. Writes Lisa Watson:

It's a typical high school story: A teenager learns to play the guitar and hooks up with some of his or her friends to start a band. Sounds harmless, right?

Not always, says Jeff Michelman, an attorney at Paule, Camazine & Blumenthal. "I've met with many a parent whose progeny wants to be at the Grammys, and I have given the same advice to everybody," Michelman says, noting that starting a band can create all sorts of legal risks, ranging from liability for accidents to copyright infringement, and those risks are present whether or not the band makes it big. "I don't want to discourage people, but I believe the clients need to have all the information up front, particularly if it's a situation where the parent is supporting the child's interests."

The article warns against unexpected costs associated with being in a band -- such as hotel rooms if you get gigs out of town(!), the cost of musical instruments and touring insurance. To be fair, the article is an interesting read if you've wanted to know the non-fun things that go into being in a band. And it also gives some sound, smart advice about copyrighting work and making sure that it's clear who owns what, art-wise -- two things that have caused rifts in all bands, young and old, time and time again.

But overall, the article is unintentionally hilarious -- after all, while there are notable exceptions, it's still rare to find high school-aged bands becoming touring juggernauts before graduation.