Tonight! A.A. Bondy and the Felice Brothers at the Billiken Club 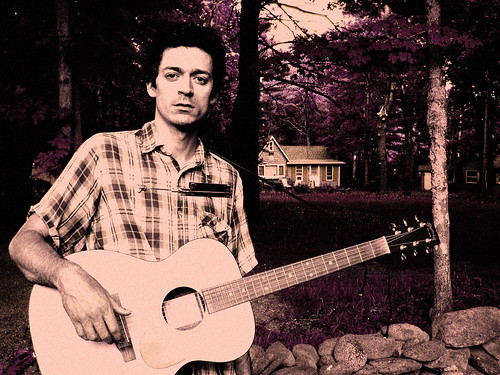 I'd be remiss if I didn't mention that AA Bondy and the Felice Brothers are playing at the Billiken Club tonight! The show is starting a bit later -- 9:30 I see from the schedule -- so it's possible to catch some of this show as well as the other stuff going on tonight. Here's Jaime Lees' preview of the gig (and her AA Bondy interview from February):

Coming straight outta the Catskills, the Felice Brothers play a twanged-out style of gypsy Americana, music which drips with bayou-sounding horns, humming accordion and light tinkering on a tinny, old-West-saloon-sounding piano. With nods to '60s protest songs and gritty swells of dark-folk, it's perfect campfire music for a cool fall night. The Felice Brothers are currently on the road with their real-life brother-in-law, AA Bondy. Bondy is a singer-songwriter touring in support of his crushingly beautiful debut album, American Hearts (which Fat Possum Records re-released earlier this year). With just a harmonica and a stellar command of his acoustic guitar, Bondy crafts pure, sophisticated, Dylan-esque compositions with solid conviction, quiet determination and grace far beyond his years.

Here's a stream of Bondy's "There's a Reason" from American Hearts.