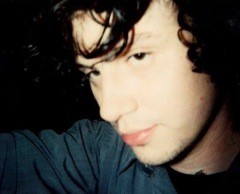 This spring, when we reported on the untimely passing of Danny McClain, the fearless drummer who was a fixture in the local improvisational music community and member of explosive instrumental trio Grand Ulena, not all of the story's questions had been answered. The official cause of his death could not be determined until the autopsy and toxicology reports were complete. Expecting the results within one month of his March 28 death, McClain's sister Mary Ann Starr finally received the reports just last week.

"I know a lot more about what happened that terrible day," Starr tells the RFT. "I heard people directly and indirectly assume that drugs must have been involved in his death. The speculation is that 31-year-old otherwise healthy musicians don't just drop dead for no reason."

These reports confirm that the official cause of death, as expected by Danny's friends and family, was severe pneumonia. More specifically, he contracted lobar pneumonia, which affects one or more lobes of the lungs. In Danny's instance, all five lobes were affected, containing three times the normal amount of fluids in his lungs.

"He had been diagnosed with Influenza A four days before he died," Starr says. "He had not developed pneumonia at the time, but he was susceptible to secondary bacterial infections like pneumonia. It was evidently very severe, but it was masked by the fact that he had influenza. Everybody thought it was normal. He feels like crap. Well, he should feel like crap because he has the flu."

While drugs were not involved in his death, the toxicology report brings one aspect of McClain's past life to light; his blood, urine, and liver tested positive for therapeutic doses of methadone. "I was expecting the report to show that; it was part of Danny's treatment for heroin," Starr says. "We both used in the past, and we used more after our mother died in 2007. We realized if we did not get ourselves into a methadone clinic, we wouldn't be able to kick it. That's how we got clean, we did it together. He was clean for three years before he passed away."

The toxicology screening backs up McClain's successful track record of recovery. Besides the methadone, which had been administered by a registered nurse, his system contained acetaminophen and diphenhydramine, taken for his flu symptoms in the form of Tylenol and Benedryl. The reports finally give closure to McClain's family and friends; Danny's death was tragic but natural.

Given the option to keep the information about she and her brother's past use confidential, Mary Ann Starr decided to share it instead. "He wasn't ashamed of what he had been through," she said. "He was very proud that he had gotten clean and was very honest with anybody who wanted to ask him about it."

"Recovery forces you to be honest," Starr says. "He was proud and I was proud of him, so that's all that really matters."