Union Rags, No Brothers No Sisters 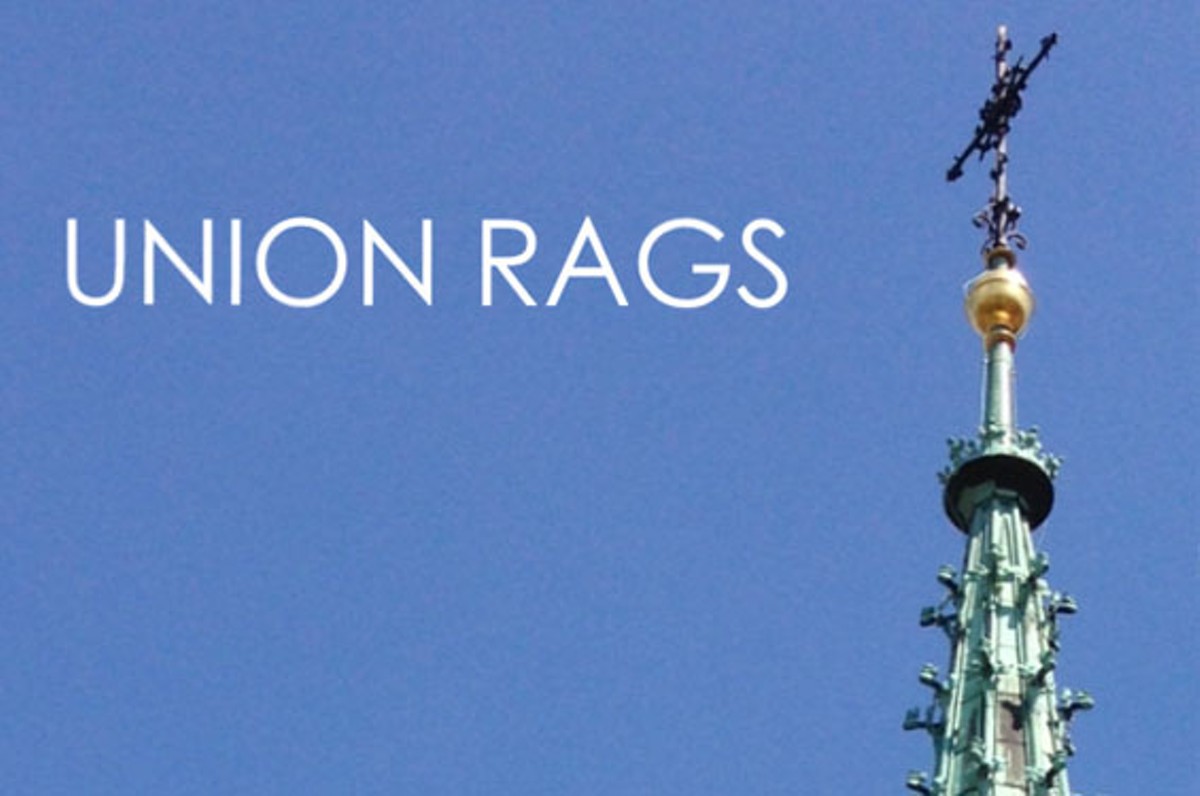 Union Rags, No Brothers No Sisters

When the Hibernauts called it quits with a final show in early 2012, the indie-damaged quintet left behind two pretty good records that showed a willingness to make nice, tuneful songs and then watch them crumple under swaths of noise and aggression. In Union Rags, two former Hibernauts, Jack Stevens and Bill Vehige (joined by Jeremiah "Miah" Smith), tread some of the same ground as their former group: nervy, spiked rock & roll in the tradition of Modest Mouse and Built to Spill that wears its oddball stature as comfortably as its square-shouldered toughness. The No Brothers No Sisters EP comes a full five years after the last Hibernauts LP (one that was a conscious if uneasy step in a new direction for that group), and here the trio sounds casually confident on these six loosely recorded tracks.

The compelling jangle of piano chords and maraca shakes herald the opening track "State Line," reminiscent of the Walkmen's more reverberant moments until the final verse, in which Stevens comes as close to spewing vitriol as he will all album. It's a jarring moment but in step with the insistent drums and mangled guitar. A few other songs here follow that trajectory, riding a steady crescendo of pressure, mania and volume. "Avalanche" seeks to bury its listeners under piles of fuzz-bombed guitar early on, and the rhythm section hits its marks with increasingly pneumatic precision each time. These tweaks to what could otherwise be boilerplate indie rock keep Union Rags' songs afloat and hint at the knotty tension that is gradually unearthed. "Slow Dance" is the best of the bunch here for these reasons and more, with plucky guitar lines and a pre-chorus section that morphs a winsome indie band into a full-on power trio. The EP has the tossed-off charm of a basement recording, complete with buried vocals and an oft-monolithic approach to the band's sound, but the well-deployed dynamics and twisted songcraft come through regardless of fidelity.