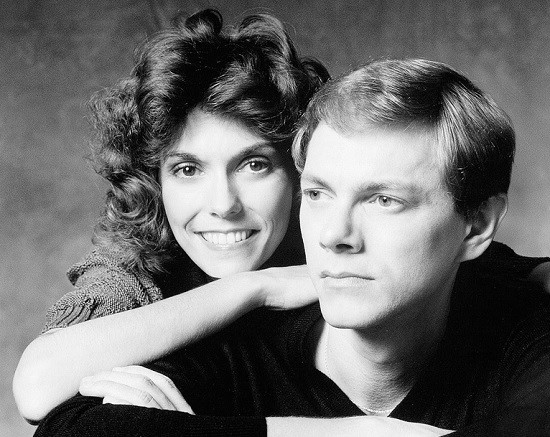 In this week's print issue, I tried to reconcile my complicated feelings about 1970s-styled soft rock. I'm old enough that I experienced this music in real time. One of the first songs I ever remember hearing is Bread's "Make It With You," which blogger/mellow historian Jason Hare identified as the first of its kind. The entire Sail Rock tour roster - Robbie Dupree, John Ford Coley, Firefall, Orleans, Christopher Cross and so forth - soundtracked my youth and my early adolescence. I've never stopped liking that stuff, even as I discovered more underground sounds in high school and college.

But while I genuinely love what is sometimes called "yacht rock," I'm also fascinated by it as a period piece. It evokes the '70s landscape I remember: a vista of earth tones, potted plants, Plymouth Dusters and "Waste Not Want Not" stickers. At the same time, I have no problem admitting that not all of it ages well. What's fascinating is when this music - technically perfect, melodically complex, harmonically tight - merges with unexpected, politically-incorrect, or borderline-criminal statements. In "Into The Night," Benny Mardones pines for a teenage lover from whom he's been separated by "fools that don't know what love is yet" (read: one pissed-off dad). In Dan Hill's "Sometimes When We Touch," the lyrics read like a stalker's manifesto: "I want to hold you 'til I die/'Til we both break down and cry." Dr. Hook's "Sharin' The Night Together" is practically a 1970s time capsule, with its passive-aggressive come-ons and singles-bar backdrop. What holds it all together, as Hare said, is emotion. Lots and lots of emotion.

With that in mind, here are some soft-rock gems you may not have heard. Neither K-Tel nor Ronco put them on compilations. They did not appear as scene-setting music in Boogie Nights or other films. Yet there they are, as proudly, conspicuously present as a dusty Pet Rock in a thrift store.

4) The Carpenters, "Druscilla Penny" (from Carpenters LP, 1971). The Carpenters were one of the very first soft-rock bands to receive a postmodern reappraisal. Drummer Karen died of an eating disorder in 1982; by the end of the decade, indie-rock bands were covering Carpenters songs and fanzines were exploring the tragedy behind the apparent squeaky-clean image. No one foresaw any of this in 1971, however. The Carpenters' third album, a self-titled affair, included well-known songs like like "Rainy Days and Mondays" and "For All We Know." Side two, however, kicked off with what I like to call the Pathetic Groupie Suite. First there's "Superstar," a lament written by Bonnie Bramlett and Leon Russell. It was a hit, and Sonic Youth covered it much later. Lesser known, however, is "Druscilla Penny." Co-written by Richard Carpenter and John Bettis, it's a harpsichord-driven lilt reminiscent of the Left Banke, but it's entirely dedicated to putting down this poor girl. He insults her pseudonym, her looks, her hair and makeup. He sneers that he's seen her backstage and asks her what she thinks her mother would say. He actually laughs at her in the chorus ("Ha ha/ha ha ha!"). In the last verse, he lays down the final judgment: "Could you ever really love? Ever really care? Ever really get it together? No." If you can, track down World of Pooh's 1990 cover version, in which singer/bassist Barbara Manning added a few extra layers of mockery.

3) Rob Hegel, "Tommy, Judy and Me" (from Hegel LP, 1980). It starts out with a thumping bass and keyboard flourish reminiscent of a TV news-magazine theme. Over this period production, Hegel lays out the characters in his love triangle. There's Judy, the unattainable head majorette with a rebellious streak (she has a "convertible T and she drives it like a man," and "she only likes what she's never tried twice"). There's Tommy, the braggart who claims to have had sex with her. And then there's Tommy's unnamed friend, whom Hegel narrates with alternating singing and whispering. There's a hint of American Graffiti nostalgia, as was the trend in the late '70s, but this song actually predates similar tunes like "Summer of '69" and "'65 Love Affair."

Eventually our hero gets with Judy, who reveals that Tommy's impotent. What pulls "Tommy, Judy and Me" out of the ordinary, though, is its second verse: Tommy identifies as "a rebel," tired of living under The Man's rules and regulations Hence, "he says that he's bought a gun, and that someday they'll remember his name, for they are to blame/whoever 'they' are." Here Tommy's basically admitting to planning a Columbine-style killing. This being 1980, Hegel doesn't take it too seriously. He simply suggests, "Let's change the subject, Tommy. Let's talk of Judy." In those innocent days, apparently, hormones still took precedence over stopping a potential mass murder and the possibility of being identified as a co-conspirator.