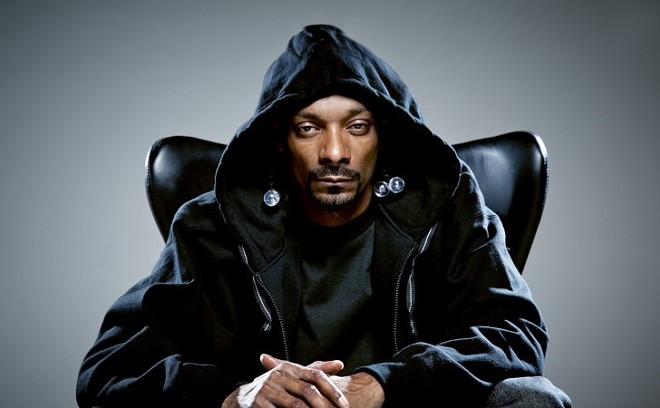 Legendary rapper/marijuana enthusiast Snoop Dogg made a stop in St. Louis this week as part of the High Road Tour, an outing that sees Big Snoop and Wiz Khalifa joining forces for what is clearly the highest show on Earth. The pair performed at Hollywood Casino Amphitheatre on Wednesday night to a crowd of roughly 17,000 fans — easily one of the biggest shows of the summer for the venue. Marijuana was a ubiquitous theme for the evening, with reports that the rappers spent most of their time onstage smoking what certainly appeared to be blunts.

It should be no surprise, then, that the rappers left that stage with quite an appetite. Who better to call than the much-lauded St. Louis BBQ masters at Sugarfire Smokehouse?

Sugarfire's St. Charles location filled the order. According to a post on the company's official Facebook, Snoop's people called at about 6 p.m. the night of the show. Sugarfire's employees hopped to work, producing a massive amount of food sure to sate even the worst case of the munchies. (They even crafted a dish called "Bacon Blunts," which looks to be a bunch of mac and cheese wrapped in bacon — hopefully soon it will show up on the menu for the enjoyment of the rest of the stoned public.)

Snoop, for his part, was impressed. In a video shared by Sugarfire, the rapper can be seen relaxing in his hotel room after the show, blunt in hand, eyes looking heavy — clad in a Sugarfire shirt.

"St. Louis, y'all alright with me," he says between tokes. "Great fucking show. And the barbecue was good!"

There is a momentary cut in the video, then Snoop continues, referencing the tour's name and, clearly, his current state of mind.

Watch the video for yourself below.