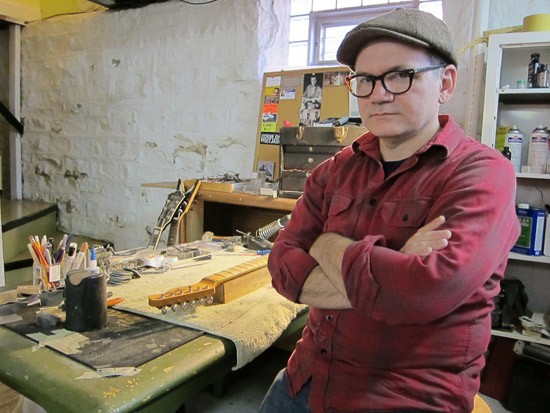 The latter has just finished a new album and is returning to more regular gigs around town. You can see Anderson and Grace Basement in action in the video below, recorded at Off Broadway on November 25, 2012. After the show, Kevin Buckley, the leader of Grace Basement, offered his take on Anderson's style:

"Just getting to play with him and hearing him play with other people," Buckley says, "it was clear he was a top-notch player. Dave is a really good rock player, but he has a folk background, which is where I'm coming from. He grew up playing John Hartford and playing in polka bands. I can relate to that in a lot of ways -- having that background but also liking to rock out. He's multi-faceted. The guitar is his voice. You get the rock & roll, but also the chicken-pickin' licks; it's very tasty."