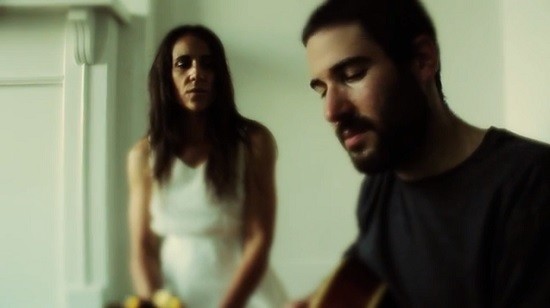 You put out the stand-alone single "Heart on Fire" earlier this year; when can we expect something new from Spectator?

MR: We started work on a full-length record about a month after our EP was released in July 2012. Our process is meticulous and one might say...slow. But it's steady. We kicked around the idea of releasing an EP this past summer, so people know we're still here, but these songs really fit our vision for an album. It's looking like a summer 2014 release. But for anyone interested in hearing our new stuff, we always play a good handful at our shows. We start off the night at 8:30, November 9, at the Gramophone with The Blind Eyes and probably half of our set will be songs not on In The Brick.

Brian, did the band members wince at your extreme close-ups?

BM: Those guys were game for whatever I threw at them. Total unfazeable pros. It was important for me to get those closer shots in there -- it's a little eerie and off-putting, I think, which helped sell the dream-world vibe for me.