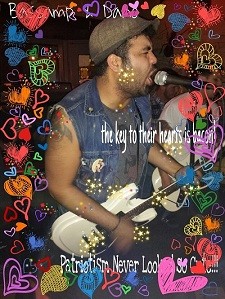 Recap: For the month of March (and possibly longer/shorter depending on my funds, stamina, and sanity), I am seeing at least three local bands each weekend. The rules: the shows must fit a budget (who pays more than $8 to see a show?), predominantly local bands, and well-supplied with tequila.

I suppose the aim of this column is to describe an average St. Louisan's show-hopping weekend, but I must plead in the defense of an entirely subjective viewpoint. I pick these shows based on what sounds interesting, and I don't even come close to representing all of the tastes and knowledge of the people of St. Louis. I suppose I would just like to demonstrate how many different experiences can be had within the realm of our city's music, and present a small sample of the adventures to be had between the other 9-5; that is, pm-am.

In case it wasn't previously made clear: these aren't show reviews. This is a blog. I've decided to up the multimedia/social media/instagrammia/instant-gratification game with 60(ish)-second Youtube interviews with our local musicians. True to digital DIY form, the sound/video quality is not sparkling.

Friday, March 8th: SXSCity Night One at Off Broadway Price: $5 Average cocktail price: $4ish, plus free/cheap beers in promotion for the weekend-long event.

I missed one of Miles Long's many projects, the Royal Smokestacks, because the show started at 7:15, and I had no idea shows actually started so early. Miles (banjo player for Liquid Gold, Bloodbath & Beyond, and many other projects) was working the door at Off Broadway by the time I arrived, and forgave me.

As mentioned previously in our SXSC preview post, free beer from Schlafly, Urban Chestnut and Four Hands was on supply. As the night's rations ran low, one could always stock up outside from this selection: 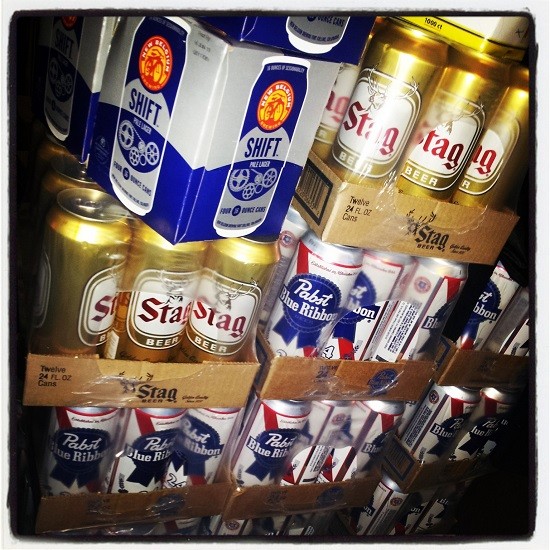 I arrived in time to catch local darling Beth Bombara. Disclaimer: We are buds. Fun fact: Back home in Minnesota, Beth's last name is pronounced so that it rhymes with "Pantera." She is okay with the St. Louis pronunciation, which more closely rhymes with the way liberals pronounce "Guevara."

Beth rolls with a full band these days (husband Kit Hamon, long-time collaborator Karl from the Dive Poets, and brother-in-law/local shredder JJ Hamon), and her songs have gained complexity as a result. I have noted, "funkier rhythms, upright bass, and cool bangs." 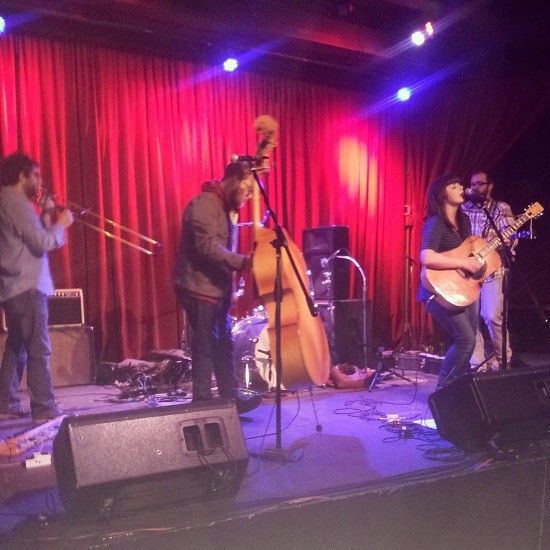 Junebug, up next, would be the perfect genre-jumping party band for any event. My band had the pleasure of opening for Junebug at its CD release in January, which was a packed show. I was able to corner Donnie for the first of this post's 60-second interviews, seen below.