Why the Hell Are St. Louis Musicians Performing "Smooth" Ten Times in a Row This Weekend? 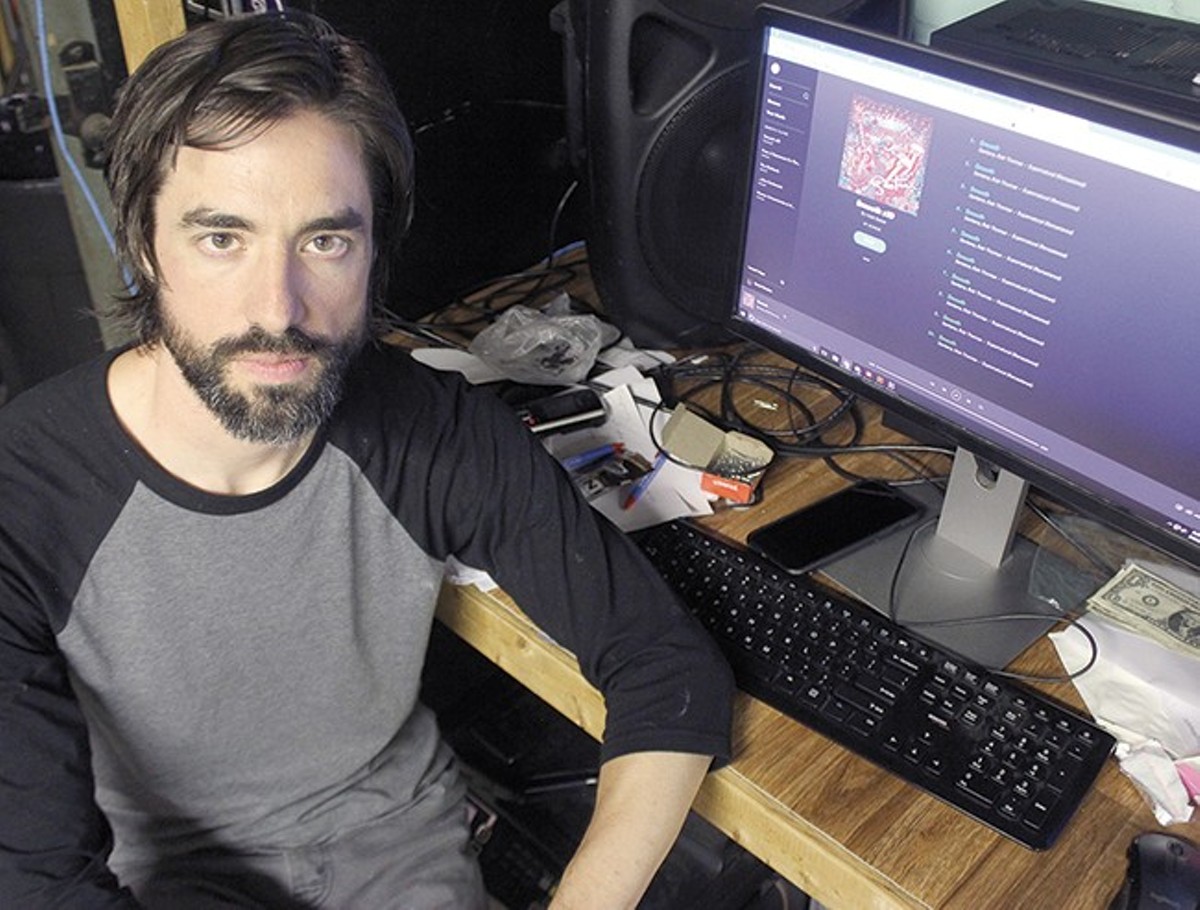 Local musician Matt Basler has a tendency to take things too far. Like, say, the time he mailed us a severed head in a box. PHOTO BY DANIEL HILL

An Evening With Smooth: A Tribute to Santana and Rob Thomas

Matt Basler is pretty sure the third consecutive time that he and his band perform "Smooth" is going to be the funniest.

It makes sense that Basler would be unsure as to how his latest plan will play out. It is, after all, as hare-brained a scheme as any in recent memory.

This Friday, June 2, Basler will lead a band of local musicians in performing Santana and Rob Thomas' 1999 smash hit no less than ten times in a row. And here is what is perhaps the craziest part: It's not going down in someone's living room, or hijacking an unsuspecting open mic night. It's happening at an actual music venue, one that books legitimate shows. Joining Basler there on the Off Broadway stage will be a veritable super-group of local musicians — Jenn Malzone (Middle Class Fashion) on the keyboard, Jahi Eskridge (Fat Pocket) on trumpet, Dylan Clubb (the Langaleers) on guitar and Jerry Hill (DJ Uptown) on drums, with Matt Sawicki (My Posse in Effect) tackling any remaining percussion. Basler, meanwhile, will play bass and do his best Rob Thomas impression. Smoothies will be sold, naturally, and for the cost of admission attendees will also get a t-shirt with all of the song's lyrics printed on it.

Basler is sitting in the crowded basement that serves as headquarters for his day job, Basler Screen Printing, which is headquartered downstairs from Sawicki's Suburban Pro Studio. Basler has made a special Spotify playlist specifically for the interview — one comprising "Smooth" ten times in a row, of course. As the song plays on in a seemingly endless loop, Basler muses about just how many people could have stopped his ridiculous idea from happening.

"Nobody ever said no to me about any dumb thing," he explains. "Everyone was real on board. And every time I was really surprised. I expected everyone to be like, 'No man, I don't want anything to do with that. That's real dumb.'"

Sawicki interjects. "I think I came downstairs and he goes, 'Do you think this is funny?' And I go, 'Yeah, that's funny.' And then I kinda weaseled my way in just by default," he says. "That's how Jerry worked out too. Jerry walked down and Matt told him the idea, and Jerry thought it was kinda like an interview. He was like, 'Yeah, I'm down!'"

"Jenn did say that it's the only thing she's ever been asked to do that compromises her musical integrity," Basler laughs. "But then she said, 'Yeah, sure, I'll do it.'" 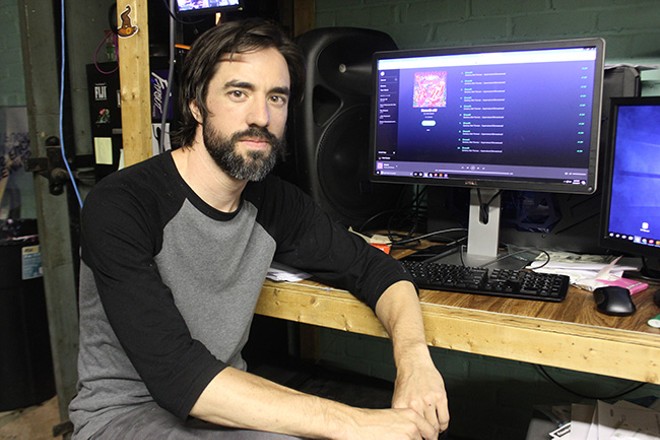 To be very clear, it is not that Basler has any special affinity for the song. When asked if he has any particular memories associated with it, he replies flatly in the negative. Asked if he even likes the song, he says, "That's a good question. I don't know."

It's more that, quite simply, it is hilarious.

It could be said that this type of humor is Basler's forte. In January 2015 his band, the long-running rock & roll act Tok, recorded eight songs written by Tonetta, a mysterious 50-something living meme, famous for the surreal homemade music videos shot in his Canadian living room. In 2013, when the RFT named Tok St. Louis' "Best Rock Band," Basler responded by mailing us a severed head in a box. (It was a mannequin head, but still.)

He's already got his next trick lined up: On July 8 he plans to perform a solo show at the Sinkhole with an acoustic guitar, consuming a series of increasingly spicy foods between each song. He imagines by the end of the set he will be sweating and miserable, and likely will have a very difficult time continuing to perform. He rightly assumes this will be very funny for those in attendance. The "Smooth" tribute show is just an extension of this same brand of humor.

"I said, 'You know what would be funny is if someone played "Smooth" ten times in a row,'" he explains. "And then instead of going, 'Oh yeah, that would be funny. Oh well' — I did it. I made it a reality. That's my new goal, is when I say dumb jokes, to go all the way."

When he first announced the show, some of the details were unclear; all that was certain is that the song would be performed ten times. Would it be tackled by different bands? Would it be ten different variations of the song? Artists reached out to Basler, wanting to get involved. Could their band play one of the times? The answer, in every case, was no.

"That's just unnecessary," he says. "It's just one band, ten times, the same way every time. That's the funny way to do it. In theory! It's a funny thing to say, anyway."

Sawicki and Basler laugh as they discuss whether the show will be a hit or an unmitigated disaster. Basler says that, of all the shows he's ever booked, this one's Facebook event page has the largest number of people who checked "going." Still, he doesn't know how much faith to put into those metrics.

He compares the situation to a recent high-stakes presidential election. In the run up to election day, Basler remembers thinking, "People are saying they're gonna vote for Trump, but when they get there, they're gonna go, 'Eh, I probably shouldn't do this.'" Clearly he was incorrect, but he still sees a corollary to the show. It's probably roughly as good an idea as electing an arrogant reality star president — even if the stakes are a whole lot lower.

"People are like, 'This is really funny; what a funny idea,'" he says. "And then when it's like, 'Hey grab your keys, let's go,' they're gonna go, 'This is — they're playing the same song ten times.' But I hope I'm wrong about this too."

Still, even if the show is a 2016 presidential election-level disaster, there will at least be plenty of blame to go around — good or bad, Basler never could have pulled it off alone.

"I think if it's anybody's fault, it's Off Broadway's fault," Sawicki offers with a laugh.

"Right, it's on them," Basler agrees. "They shouldn't have allowed me to do this. They're my enabler."