Wilco's New Song: The Five Kinds Of Reviews For "I Might" 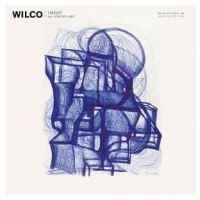 There's a new Wilco song out, and every music-blogger in America who discovered indie music via Yankee Hotel Foxtrot about ten years ago has already prepared to react. I have done my best to save you a little time by writing every possible review of this track, "I Might," you might encounter on the internet.

Before that: Listen to it! It's really good, like most of the songs Wilco has released since people began arguing about them in the form of internet capsule reviews!

1. DisappointedA Ghost Is Born fan with Dad-Rock issues. Hey Dad! How do you like Wilco's latest, "I Might," a piece of Dad Rock so Dad Rock-y that Jeff Tweedy's primary influence appears to have been that scene in I Love Lucy where Ricky Ricardo realizes he's become a dad while he's wearing makeup as racially insensitive in 2011 as my dad can sometimes be!? Wilco's latest is like if your dad had an acoustic guitar and he whispered things about being a dad into your ear instead of running out on my mom first chance he got after her deeply introspective avant-garde rock album failed to consolidate the commercial gains she made after 2001's Yankee Hotel Foxtrot! If you listen to it a mustache will grow on your face spontaneously and tickle my goddam ear like some kind of creep!

2. Disappointed A.M. fan with Son Volt issues. "I Might" is a delightful old-time tune and perhaps Wilco's best since Jeff Tweedy hailed me one evening at a Belleville juke joint round one in the morning. "Hoss," he said, "Come here, as I reckon I have something for you."

I should have known then what something was amiss, but I went up to old Jeff and it was then what he stabbed me right in the front with a hot knife and left me to rot on the hard ground. Last thing I saw as I's bleeding out was Jay Bennett, diddling some upper-middle-class melodies on a rainbow-colored keytar. Next week, why, I reckon Summerteeth came out and everything was different.

3. I Am Trying To Break Your Heart pre-orderer with Comeback Album issues in 2011. Well we all know that Wilco (the Album) wasn't Wilco's best album, but "I Might" looks like the band's best work ever! Even better than "Jesus, Etc.," which I can send you, if you haven't heard it before. I have it on my computer, back in Marina City.

3a. I Am Trying To Break Your Heart pre-orderer with Comeback Album issues in 2009. Well we all know that Sky Blue Sky wasn't Wilco's best album, but "You Never Know" and "Wilco (the Song)" look like the band's best work ever! Even better than "Heavy Metal Drummer," which is the song that inspired me to become a heavy metal drummer and then develop a deep and real nostalgia about that time in my life!

5. 18-year-old who wasn't in college when Yankee Hotel Foxtrot came out and doesn't quite get why all his older co-bloggers are freaking out about it, with mp3 blog issues. Latest from old people who don't know how great v-neck t-shirts are. There's a guitar in it but I don't know.