Wilco's The Whole Love: Now Streaming In Its Entirety 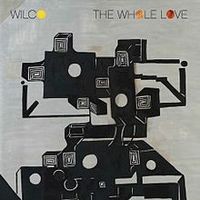 The new, much anticipated Wilco album doesn't come out for another week, but you can listen to The Whole Love right now; it's streaming on NPR's invaluable First Listen series.

Wilco, of course, will be playing the newly-reopened Peabody Opera House on October 4th, though the show has been sold out since twenty minutes after tickets went on sale. We've been hearing previews of the new stuff -- the first Wilco record on the band's own dBpm imprint -- for a while now.

"I Might" has been out since June, and "Born Alone" already has a music video. As for the whole thing: We're only about halfway through our first listen (ha!), but we're digging what we've heard. What are your initial reactions?