Hard to believe it's been twenty-five years since Twisted Sister asserted is independence with the LP Stay Hungry and the tune "We're Not Gonna Take It." But yes, a quarter-century passed since mainstream America became aware of Dee Snider and the rest of his glam-metal compatriots. (Fun fact: Metallica opened for Twisted Sister on a 1984 tour.) 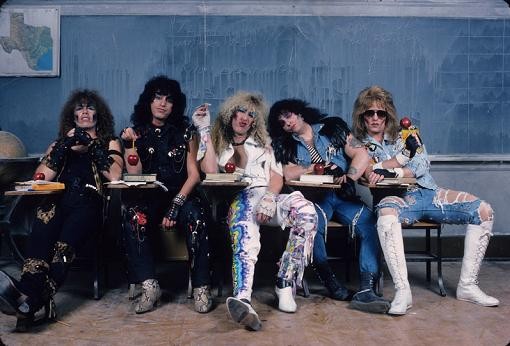 In honor of the anniversary, A to Z has a prize package to give away! The loot includes:
*the 25th anniversary double-CD reissue of Hungry
*a pink vinyl version w/poster
*a live DVD

Not bad, eh? To win, leave a comment with your full name and email address that discusses your favorite part of the following video. The  contest closes next Wednesday, July 8, at 9 a.m.; the winner will be notified soon after.