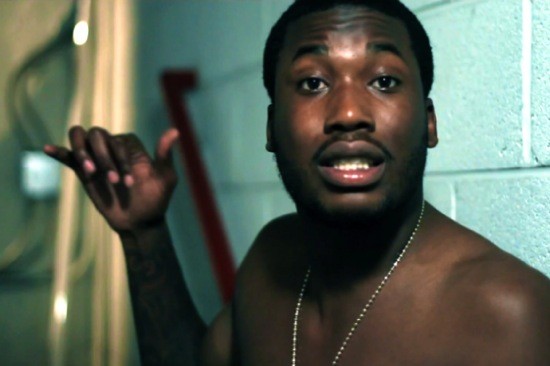 Update: We have a winner: Matthew, who submits Scarface's "On My Block" via Facebook. What an incredible song. We're all winners, really, because now we get to listen to this. Side note: How 'bout that new commenting system, eh?

Philly mixtape prince Meek Mill brings his Dreams and Nightmares tour to the Pageant (6161 Delmar Blvd) with DJ Drama and Rockie Fresh in tow. And if you need a place to start, you could do much worse than the jet-pack that is "Amen" -- produced by KeY Wane -- Mill's current single. Listen below.

To win tickets to Thursday's show: Tell us what your favorite keyboard line in a hip-hop song is. It can be a sample or an original melody.

RFT Music's Josh Levi explained why you should go to this show in this week's print edition; here's what he said:

Riding the wave of success from his current radio hit, "Amen," Philly-based rapper Meek Mill embarks on his first headlining tour in support of Dreams and Nightmares. After signing with Rick Ross' Maybach Music Group in early 2011, he has lent his signature bravado to collaborations with everyone from Waka Flocka Flame to Drake. Mill's virulent drawl stings like a scorpion in heat, precise in attack and replete with fervor. Often boasting a laundry list of material and social riches, his high-quality rhymes remain engaging and powerful. Equipped with a golden tongue, backed by his homiletic swagger, Mill continues to prove himself as one of contemporary rap's most promising stars.

Crunk and Disorderly: Rumors of rap beef with everyone from Chris Brown to Cassidy and even Philadelphia's assistant district attorney only serve to perpetuate Mill's hype.