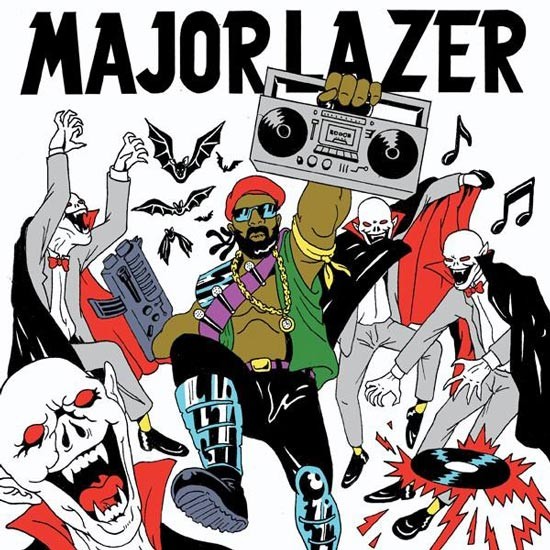 [Update: Congrats to our winner, Chris Juppier. Pick up your tickets at the box office. Make sure you bring an ID!]

EDM artists / daggering experts Major Lazer will perform with Lunice at the Pageant tonight. We've got two tickets and we're itching to give them away, today!

To win, simply tell us why you deserve to go. Be creative! You may enter in the comments or on our Facebook or Twitter pages, links to which you can find below -- make sure you include some way of contacting you, as well as your full name so you can pick up your tickets. We will announce the winner here at 5 p.m. today and your tickets will be available at the Pageant box office.

RFT Music writer Evan C. Jones had the following to say about each of the acts:

Lead by DJ/producer/tastemaker Diplo, Major Lazer is a collective of artists who, simply put, throw an outrageous show. Beyonce sought the group out and sampled their 2009 hit "Pon de Floor" for her single "Run the World (Girls)." Their newest album Free the Universe is scheduled for an April 15 release.

Check out videos below: