Win Tickets to Vampire Weekend Tonight at the Pageant 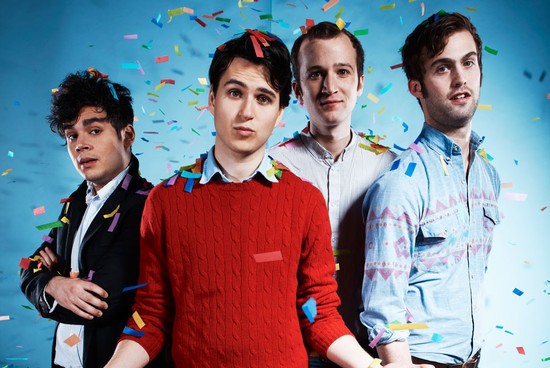 New York City's Vampire Weekend is playing the Pageant tonight and we just had two tickets slide across our desk!

To win, simply tell us why you deserve to go. Be creative! You may enter in the comments below -- make sure you include some way of contacting you, as well as your full name so you can pick up your tickets. We will announce the winner here at 5 p.m.

When Vampire Weekend came to town in 2010, RFT Music writer Diana Benanti had this to say:

Everything about Vampire Weekend is deliberate, but their equation is a winning one. Despite getting sued for the photo on the cover of Contra, which was allegedly used without permission; despite being dubbed the "whitest band" by the foremost authority on all things cracker, Christian Lander of Stuff White People Like; despite being Carles' whipping boy-band of choice on Hipsterrunnoff; they have the formula, and now they're just raking it in. They refer to their sound as "Upper East Side Soweto" (ugh) but it's a disinctly premeditated fusion of Talking Heads' new-wave/Barenaked Ladies (forgive me) nerd-out, plus some ska and classical tossed in for extra credit. It sounds like a lot, but it never strays from the combination that's made them famous: surfy and Afropop-inspired, with an unmistakable smack of collegiate pretension.

Listen to Vampire Weekend's "Obvious Bicycle" from May's Modern Vampires of the City below.