Send a News Tip
With their 2000 album And Then Nothing Turned Itself Inside-Out, Yo La Tengo made the leap -- a small one, sure, and certainly not an unexpected one -- from critically acclaimed cult heroes to the elder statesband of indie rock. That's what happens in the world of rock & roll when you turn 40. It's a position that singer/guitarist Ira Kaplan isn't terribly happy to be in. "We're still around. It's got its pluses and minuses," he says. "'Elder.' Nobody wants to be associated with that term, but it's a fact of life." The band's maturity (age?) is showing. Since the 1993 release of Painful, they've largely abandoned the noisy skronk (if you ignore 1995's Electr-O-Pura) that first got them noticed in the mid-'80s, opting instead for increasingly dreamy and droning pop lullabies. Yo La Tengo's last albums -- I Can Hear the Heart Beating as One, And Then Nothing, and this year's Summer Sun -- have been consistently beautiful and unabashedly Romantic. Summer Sun finds them swinging with a little help from a corps of jazz-musician friends, particularly saxophonists Sabir Mateen and Daniel Carter, who keep the band's most gentle songs yet from floating away. 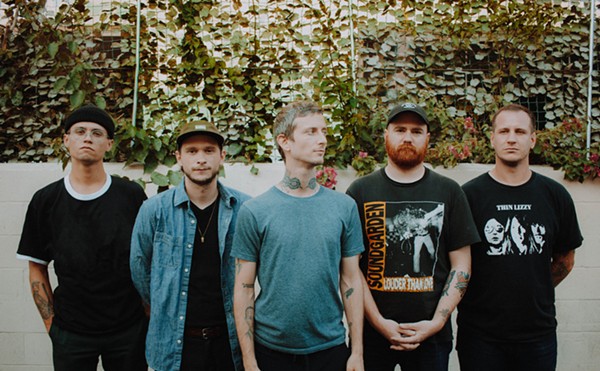