In my Jason McEntire/Sawhorse Studios profile, the studio engineer mentioned he was in an high school incarnation of the St. Louis band Colony, which recorded for a major label in the '90s. McEntire has kept in touch with the band in the ensuing years -- and in fact recently collaborated with Colony's Ted Bruner via video for the Building Rome album.

Bruner, however, has found life after the music-industry wringer, though: He's now a well-respected pop songwriter in Los Angeles who's collaborated with Katy Perry and co-written songs for Miley Cyrus, Selena Gomez and other popstars Here's part one of an email interview I conducted with him last week; part two will be up this afternoon. 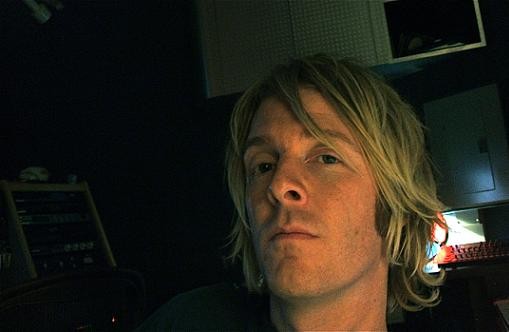 When did you move out to LA? Why did you move out there? What did you do when you first got out there? After my band's second record deal fizzled, I moved from St. Louis to LA in 2002 to try my hand at songwriting/producing with other artists. When I first got here, my girlfriend and I lived in Hollywood (just to see what that was all about). Hollywood is like a college town without college - I loved the experimental, restless mindset there -- but it's also a desperate place, a great town to confront your demons in as you disassemble the processes behind the worshipped entertainment business. We now live in Venice by the beach and love it. Venice doesn't have much tolerance for exclusion or judgmental views -- especially if you're a liberal.

My publisher at the time, Ron Moss, encouraged me to come out for "phase 2" of my career, and in the demo studio provided by the publishing company (Rondor/Universal), I learned how to produce the songs I co-wrote. The Bowling For Soup collaboration came from my friend Zac Maloy, who was friends with Jaret, the lead singer. I wrote the Miley Cyrus song ("Breakout") with Gina Schock (from the Go-Go's) and my friend Trey Vittetoe. It was originally for another Disney project.

Gina's manager is also Katy Perry's manager, so he had Katy come in and try singing "Breakout,: because he thought it might work for her, but the lyrics ended up being too young for her. Then Miley Cyrus heard it and wanted it; that's why Katy's back up vocals are on Miley's version. That's how I originally met Katy, but then I ran into her at a bar and we talked about writing some songs that we really loved instead of aiming for the typical "hit" that the industry instructs us to write. We ended up making two of the strangest, most emotional songs on her album. ("Lost," "I Think I'm Ready") How did you get hooked up with Gina Schock? I was put together with Gina to write after I first moved to LA. I was intimidated to work with her, but after meeting her pets (she rescues old animals who are about to be put to sleep), I realized she was one of the kindest people I've ever met. After the Miley Cyrus song, we co-wrote four songs for the upcoming Selena Gomez album, again with our friend Trey.

You recently signed a publishing deal, correct? With Warner Chappell? Describe what that means for you as a songwriter, what the advantages are, and how that came about. Yeah, I just signed a new deal with Warner. The reason for a publishing deal is to get money to live on while you attempt to get songs on albums. They also provide a network of connections to help get to those albums, as well as pitching your songs to artists, TV and movies. They in turn take a percentage of any income. When my previous publishing contract ran out, I met with Blue [Bruner's A&R guy] and knew we had similar tastes since he also signed Katy Perry, and when they made me a good offer, I signed with them.

There seem to be a lot of '90s rockers who have transitioned into songwriting. (Dan Wilson comes to mind offhand.) How did your time in Colony prepare you for what you're doing now? It took me a while to realize that even when I'm writing with other artists for other artists, I need to feel it as much as if it were my own song. I think there's been a trend in the music business to write only for the money, to homogenize the craft in order to make something "safe," something that already sounds exactly like a song that's currently on the radio in order to increase the odds that the song will end up on the radio, too.

Unfortunately, many label execs have been feeding the fire because none of them want to lose their jobs, so they ask for carbon-copies of what's already been a proven radio hit. It's a desperate cycle that has made popular music very mediocre, not daring at all, not in the spirit of how radio began. It's not that I'm making the most groundbreaking songs, but I'm doing my best to take my inspiration from unique songs that I loved when I was growing up in the '70s/'80s, when a radio hit could still be unique and a little adventurous.

And of course, the perspective of being in a band who had to wind its way through the music biz allows me to relate to the artist's situation. I feel like my band was steered away from our hearts, away from our intensity in order to create a more commercial product, and that didn't work, so that's my advice to the artists I work with: keep your hands on the wheel, love it or there's no point to it anyway.