Review: Salt-N-Pepa, Biz Markie and Whodini Get "Fresh" Saturday at the Chaifetz Arena 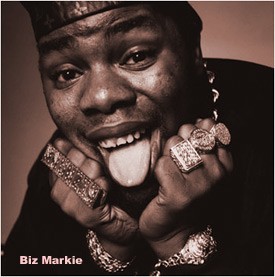 Who remembers Kangol caps, Addidas sweat suits and gold-rope chains? If you raised your hand, you just gave away your real age. Don't worry though: You were in good company last night at the Chaifetz Arena. An impressive crowd came out to watch some of hip-hop's true pioneers perform at Fresh Fest -- and many dressed for the occasion. It was almost like an '80s-themed house party: Everywhere you looked there were door-knocker earrings and coke-bottle glasses (a la the Fat Boys). Even I was sporting my shell-toe Superstars.

The show started promptly at 8 p.m., with Big Daddy Kane in the lead-off spot. I made it to my seat just in time to watch him close out his set with "Aint' no Half Steppin," and he killed it. Kane's not be the skinny kid with the flat-top he was in '88, but he's still pulling off some of the trickier moves with his backup dancers.

"The Diabolical" Biz Markie performed next, with his unorthodox mix of rap, singing, and beat-boxing. I can recall Biz making a song called "Toilet Stool Rap" (which he didn't perform), but I'd apparently forgotten about his ode to "Pickin Boogers." Hilarious. Biz also played "Make the Music with your Mouth, Biz" and "The Vapors" without a hitch, but he surprisingly had some trouble remembering the words to his top ten favorite, "Just a Friend." They say your memory is the first to go...

Doug E. Fresh played a similar set to the one he performed in October at the Pageant, only it was significantly shorter. His DJ mixed an old-school montage of rap, funk and television show themes to see how many in the audience could keep up. He also had a beatbox solo, and as for his original material, Doug played "Keep Risin' to the Top," then changed out of his suit jacket for his verse of "The Show."

That brings me to the substitution in the lineup: Kurtis Blow appeared instead of Slick Rick. In his white sweat suit and ball cap, Kurtis played a short but high-energy set including "The Breaks." It was easy to forget that you were watching the first rapper to EVER to sign with a major label, as he was hitting headstands at age 50.

When Whodini hit the stage, Jalil wore his signature leather cowboy hat from their video for "The Freaks Come Out at Night;" while the rest of his outfit was a little more conservative than the leather jacket/nut-huggers combo from back in the day. The act performed several hits from its illustrious career. "Friends," "Funky Beat" and "Five Minutes of Funk" accompanied "Freaks" on their setlist. The groundbreaking crew from Brooklyn still includes Doc Ice, a former member of UTFO, as one of the dancers. Ice performed his verse from "Roxanne Roxanne" at the end of the set.

The most successful female rap act in history, Salt-n-Pepa, closed out the show. And I must say, as someone who grew up watching their videos, they're still looking damn good. The ladies kept it sexy-but-classy, working the stage and hitting a little choreography in their high heeled boots. They employed four "youngsters" as backup dancers, who were given an opportunity to shine before the finale.

Their setlist included "Shoop," "Get Up" and "Whatta Man" (which Spinderella left the turntables to perform). Before playing "Push it," Salt briefly addressed the "controversy" the duo went through during their reality show regarding the song -- but don't worry, it's squashed. Although the sound at the venue could have been better, overall it was a great time. I really hope there's enough demand to keep Fresh Fest coming back every year with acts from hip-hop's golden era. Long live the old school!

Jump to comments
« Caption This: Joanna Newsom, Have O…  |  Black Metal Documentary Until the L… »