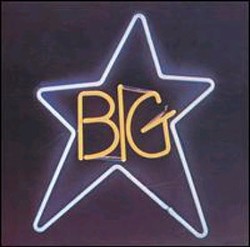 The text that Alex Chilton had died came through just before midnight on the first full day of South By Southwest 2010 in Austin. I was on my way to the sleeze-and-cheese-and-bathroom-cologne club Prague to see the anti-Alex, Billy Bragg, at his 1 a.m. Strummerville and Jail Guitar Doors showcase. Chilton was to appear at SXSW on Saturday at a Big Star "reunion," a show, to be honest, that was not high on my dance card. Out in the street, I read the news and blurted out "Jesus Christ."

On cue, a stoned and stupid 18-year-old jumped in front of me and said, "You called?"

"Alex Chilton is dead. Have you heard of him?" Blank and fried eyes glared at me. "You should download Big Star some time."

"What kind of music?" he asked, almost genuinely.

The weather really is killing it this year.

I arrived a day early, Tuesday the 16th to be exact, to navigate the badge and convention center b.s., snag a Levi's Fader Fort press pass, pore over party schedules which read like unedited hypertext Dead Sea Scrolls. Plus I wanted to reconnect with an old friend, Ray Wylie Hubbard, who has a new record out this year and would actually be making a few South By appearances. Tuesday night found me in Gruene, Texas, 40 miles south of Austin, home of the legendary honky tonk Gruene Hall, and the site of Ray Wyle's live, Americana radio show Roots and Branches. His guest this week was the young Chicago songwriter Joe Pug. Part of a crowd of 50 or so folk-o-philes, I sat in the Tavern on the Gruene, mesmerized by Pug's pealing guitar and stream-of-political-soul lyrics. He's a natural. If you're anywhere near Austin reading this, add him to your must-see spreadsheet.

If I had only read the papers more closely, I would have realized that this same Tuesday evening, Drive-By Truckers, slated for SXSW, were playing at Gruene Hall. I drove by clueless, and took my chances at the Pure Volume and Paste Party, featuring Jakob Dylan with Neko Case and Kelly Hogan (you read that correctly). At parties like this, a press RSVP and a pack of cigarettes will get you at the end of a three-block-long line. Doomed, I turned instead to the annual Beauty Bar Art Disaster Party, another bust, as the free vodka had run out or never was. Promise of a late-night Pomegranates set wasn't enough to dispel the bitter after taste of having driven by DBTs. I resigned to make it an early Tuesday night.