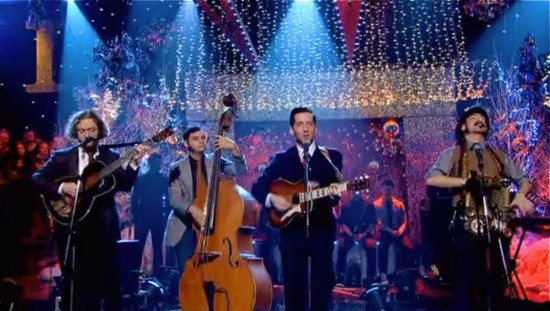 Just in case you weren't watching the BBC on Saturday in the middle of the afternoon, here's hometown heroes Pokey LaFarge & the South City Three on Jools Holland's annual Hootenanny. You can see clips of the quartet playing "Drinkin' Whiskey Tonight" and the always fantastic "La La Blues," below.

The band will be playing at Blues City Deli on January 26th. The show's free and starts at 6 p.m. and we strongly, strongly recommend getting there early if you want to see anything. In March the boys embark on another European tour.