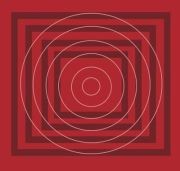 It has been less than two months since the first announcement of FarFetched, a new art collective in St. Louis. Now, the group is possessed of a web site, a Soundcloud, a Podcast, a showcase on January 20th at 2720 Cherokee and as of today, a compilation album, available today digitally on Bandcamp. Maybe the people running this are sleeping at some point, but we kind of doubt it.

On the comp, you can find a wide range of music -- this release signals FarFetched's eclecticism. Funk, hip-hop, electronic, soul, rock...anything as long as it faces the future.

The release party is at 9 p.m. this Friday at 2720 Cherokee and will feature performances by Adult Fur, Whiteout, Scrub, Standing Sleep, Helen Marie, Blank Generation, 18andCounting and SNS. Admission is free, but there is a $5 suggested donation.